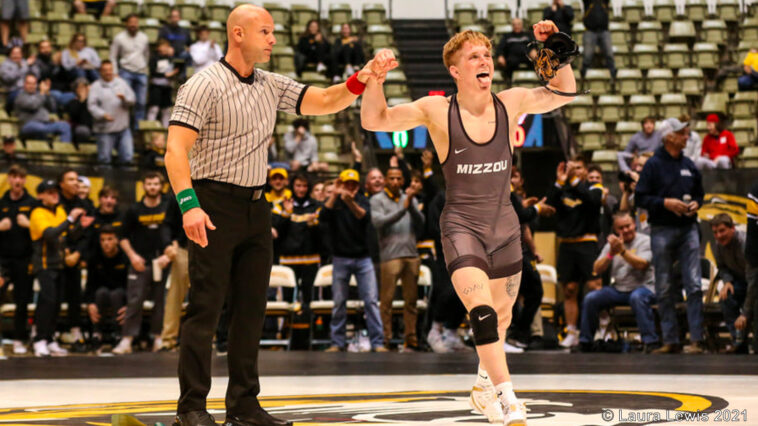 Mizzou heads to their first tournament of the new year which features wrestlers from seven Top 25 teams. Unfortunately, due to COVID, most teams won’t be sending a full lineup, so some weights aren’t as strong as others.

On the bright side for Mizzou however, this means that they are the highest ranked team sending a full lineup and gives them a good chance to come home with a team title. I’ve listed all the ranked wrestlers at each weight, but look out for unranked wrestlers that are redshirting to possibly make some noise as well.

Surtin has a great chance at redemption here, as McKee and Cardinale are the wrestlers that knocked him out of last year’s NCAA’s. Both guys could be considered high-end wild cards. McKee is known to drop a match or two through the season but is very talented and can go on a tear as shown at last year’s tournament.

Cardinale had an injury for most of last season but wrestled through it to finish as an All-American and is 2-0 on the season looking healthy. In both matches, Surtin was leading early and lost in the third period, an issue that looks to be improved this season. If he can get his takedown and get on top early, I think he can work his way to some turns like he did last year.

Depending on how seeds look he may need to go through both guys to win, and while I think he can win both matches, he will have to continue wrestling at a high level through three periods.