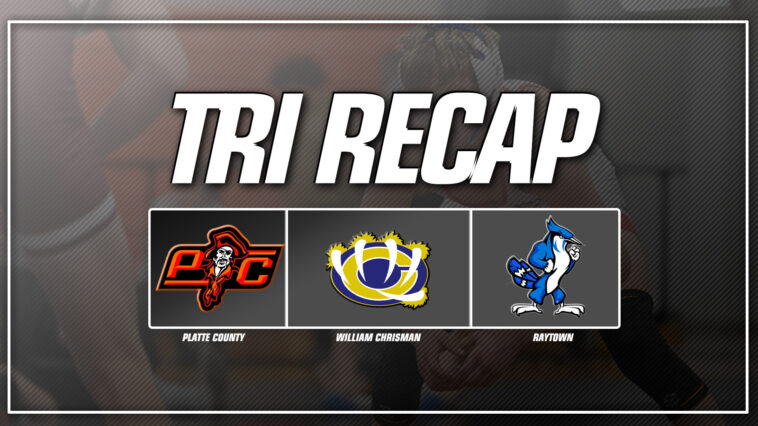 What Platte County did in Tuesday’s tri dual was the definition of dominance.

The Pirates ran roughshod over William Chrisman and Raytown, toppling the Bears 78-0 and cruising by the Blue Jays 74-6.

“It was awesome to come here and get a couple of wins today,” Platte County assistant coach Joe King said. “Last weekend, we didn’t perform as well as we wanted to, so it was good to come out here and compete the way that we did.”

The Pirates got their most dominant performances from defending state champion Jake Fernandez (215 pounds) and Alex Escapi-Fullmer (120) as both were the only ones to earn pins in two bouts.

Fernandez pinned William Chrisman’s Cameron Hammond in the third period and he put away Josiah Pilkington by fall in 1 minute, 11 seconds.

“I thought I wrestled OK, I thought I could have done things a little bit better,” Fernandez said. “Especially get my conditioning up a little bit for the postseason. I think as a team we wrestled real good.”

Escapi-Fullmer was one who wrestled well. He said the start of his season hasn’t gone well but was happy to get pins over Chrisman’s Rony Guardiola and Raytown’s Atilano Madrid.