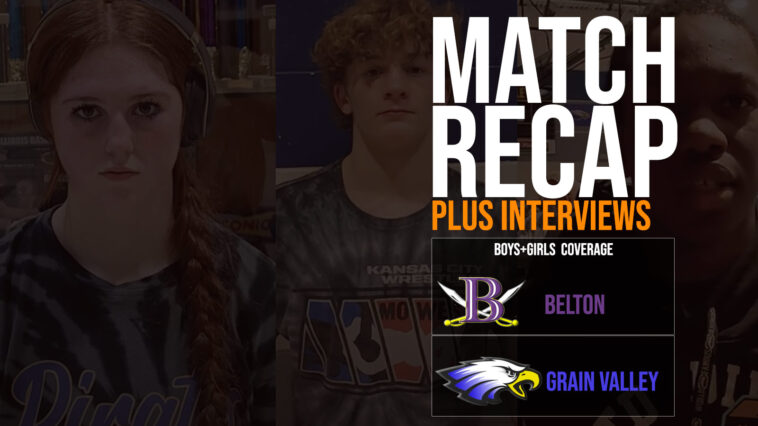 In an ideal scenario, all five of the Eagles seniors – Brock Smith, Dru Azcona, Andrew Czeschin, Tanner Barker and Tyler Groves all came away with wins as Grain Valley ran away with a 54-21 victory at home.

The stage was set for a special meet for the Grain Valley seniors. There was a blue tunnel set up with pyro next to it for each wrestler to get a flashy entrance with their own handpicked song playing. There also were big letters and numbers near the far side bleachers that lit up that read “GVHS 2023.”

It was a special one for the Eagles.

“I was just trying to feel the crowd. It was a great crowd,” Smith said. “This is the most packed I have seen. I am grateful to have this on Senior Night.”

And head coach Donald Horner was grateful to have this senior class for his first year coaching the team.

“They all got good wins and they are good kids,” Grain Valley head coach Donald Horner said. “I am really going to miss them. I really appreciate them welcoming me into the community and believing in me. Today shows they are buying in and that speaks volumes to their character.”

Groves (144) is one of those wrestlers that appeared to be buying in as he is putting together the best season of his career. He improved to 22-2 on the season after pinning Diego Suarez in 27 seconds using a cradle.