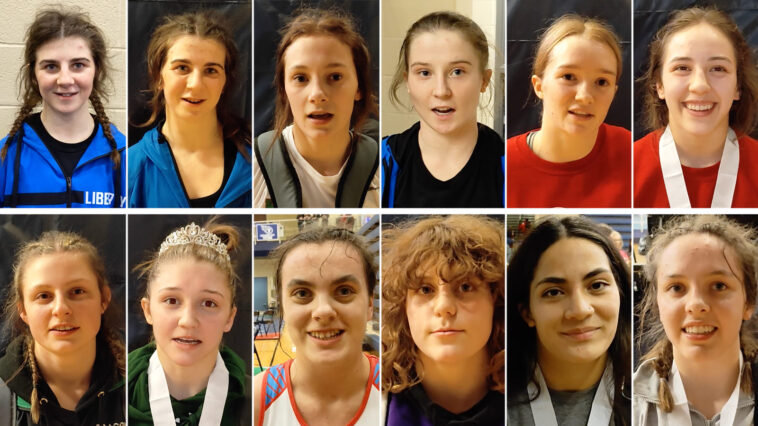 Who is the Queen of the North?

From a team score aspect, Olathe West of Kansas won the tournament with 168 points even while only having one wrestler win their bracket. Mid-Buchanan was second with 136 points and Liberty was third with 126.

The Dragons had two competitors take first in their bracket as Molly Stanton (125 pounds) and Kali Schuster (135) got to stand atop the podium with a crown on top of their heads. They also had three others that finished in the top four.

Stanton said she was able to get to her sweep single-leg takedown which led to her success as she pinned all four of her opponents and one of those included a pin over Liberty Wentzville’s Lillia Clay.

“I am improving and that’s what I am happy for,” Stanton said. “I am already doing a lot better than I did last season. I hope I am able to end (the season) good.”

Schuster, ranked No. 4, showed that she could be a contender to win an individual state championship. Like Stanton, she got pins in all of her matches. In the championship, she won by fall against West’s Gianna De Cicco in 2:36.

“I think I wrestled really well,” Schuster said. I thought I was going to get second place so getting first place really means a lot to me, especially since I got the crown.”