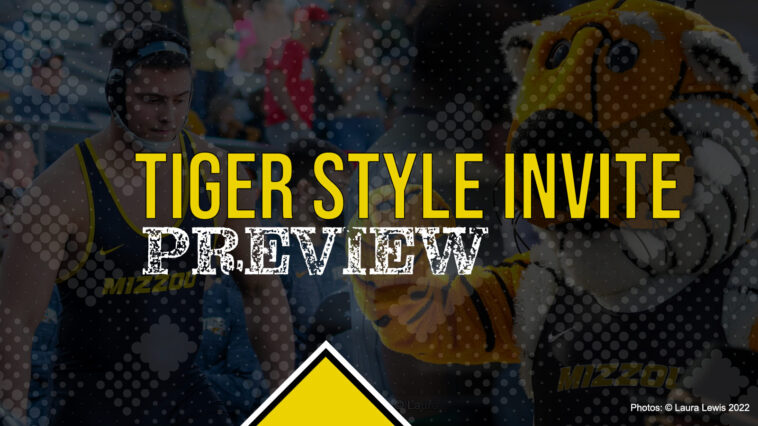 With the season now fully underway, the Tigers will hold their inaugural Tiger Style Invite after a dominant win over Lindenwood. Held at the Elam brothers’ alma mater Staley High School in KC, the team has shown that they are looking to be increasingly active across the state.

Mizzou will compete against #25 Illinois, #25 Cal Poly, Maryland, Drexel, and Little Rock. With registrations officially out from FloWrestling, there is a clearer picture of what can be expected at each weight. While not every expected starter for each team is going, there should be plenty of strong competition.

While Braxton Brown is the only other ranked opponent, there is also starter Antonio Mininno (Drexel). Noah Surtin should be the favorite to not only make the finals, but win the title. Brown is a redshirt freshman for Maryland and has looked impressive so far, winning his first three matches with two bonus wins. Mininno is going into his senior year and qualified for NCAA’s in 2020, but had a 0.500 record last season.

Peyton Moore will be using one of his five redshirt starts for the Tigers and should be able to get good experience here as well. Moore is one of four freshmen, including Koda Holeman (Cal Poly), Dom Mendez (Cal Poly), and Gabe Giampietro (Drexel). If Moore can come out on top and beat some more experienced wrestlers, he will show himself to be a valuable back up to Surtin.