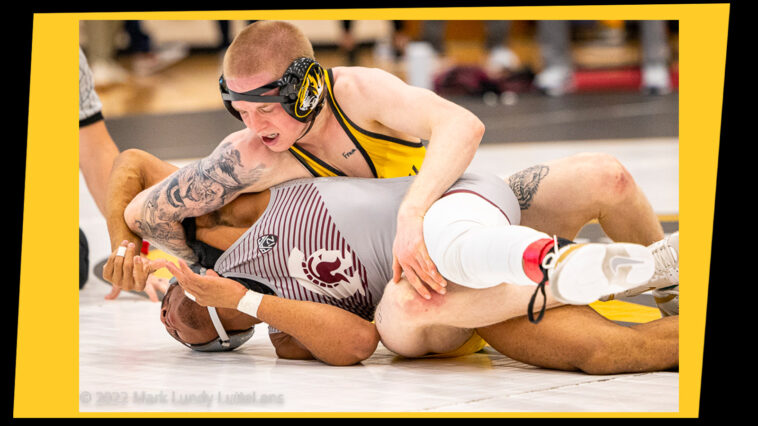 The inaugural Tiger Style Invite kicked this weekend with a bang, featuring six great teams. Mizzou came with eight of their starters and put them all in the finals. They only had five champs though, with Noah Surtin and Peyton Mocco being upset. There were impressive results from non-starters as well, with multiple young wrestlers getting upsets of their own. Last year Mizzou’s only tournament action was the Scuffle, but this year they got it started early with the Invite. Here’s some takeaways from this tournament that featured 22 total Mizzou competitors.

Starters looked solid but had some missteps

Noah Surtin and Peyton Mocco were favorites going into the finals, but both dropped two point losses to lower ranked opponents. Antonio Lorenzo (Cal Poly) was #27 and Edmond Ruth (Illinois) was #16. Neither upsets were “shocks” as both wrestlers were someone people had as possible dark horses for the season.

Surtin had beaten Lorenzo at last year’s NCAA’s, but in a close 2-1 decision. Edmond Ruth is still working his way onto the national scene, but is going to be a factor in March. Both Surtin and Mocco have a lot that they can take away from those matches, but getting the tough losses early is a much better time for them than the postseason.