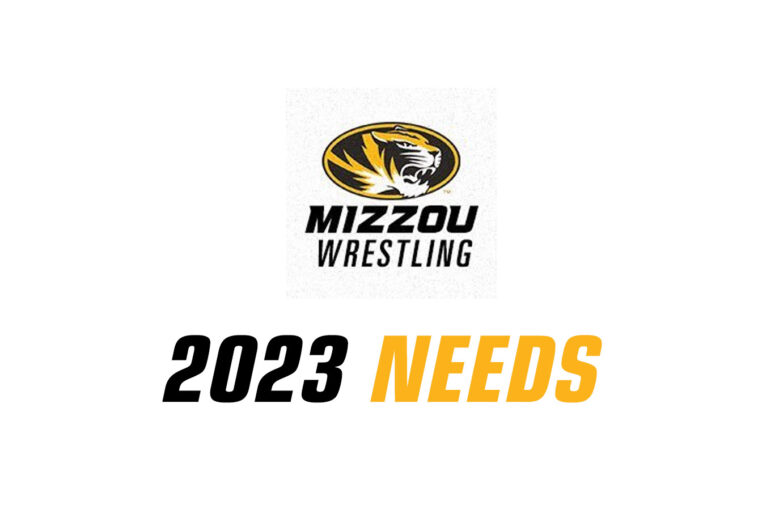 Mizzou has been a young team for the past few years, but with three seniors and three juniors starting this season, that is beginning to change. Thankfully for the team wrestlers like Keegan O’Toole, Rocky Elam, and Noah Surtin all have three years remaining. They brought in a huge recruiting class this past season, with eight wrestlers on MatScouts Big Board.

With most of that class redshirting, Mizzou has depth at multiple weights. However, there are some areas that the Tigers could look to deepen. They currently have two wrestlers in the top 150 for the class of 2023, #100 Carter McCallister of Rock Bridge and #148 David Cross of O’Fallon. Both of those wrestlers are projected between 141/149lbs.

One of the first weights that could use some depth is at 125lbs where they currently have ranked Noah Surtin and two incoming freshmen. Peyton Moore and Preston Spray are both projected to be 125lbers, but neither were ranked as seniors. #154 ranked Brady Roark of Seneca is an easy target, as a three-time finalist and two-time champ from Missouri who projects as a 125lber. His brother Will Roark spent two years at Mizzou before transferring to Maryville.