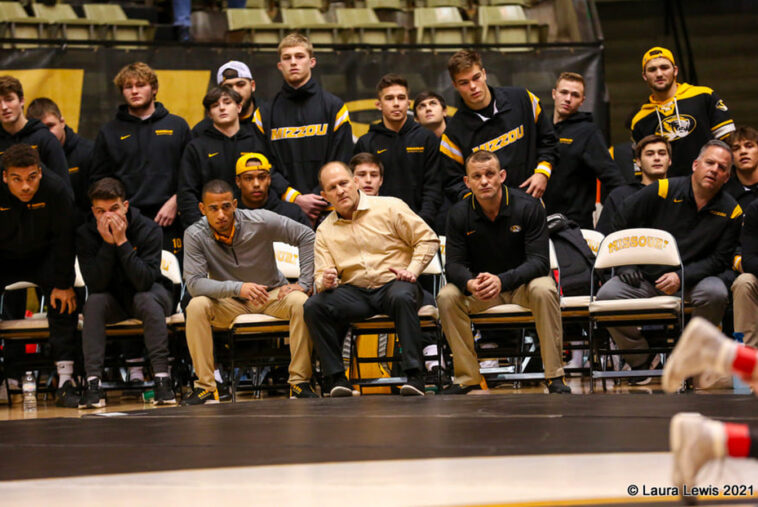 With twelve incoming recruits, this is Mizzou’s largest class since 2015. Eight of them are on MatScouts 2022 Big Board as well, making this a star studded class. In Intermat’s recruiting rankings, the Tigers come in 4th after being unranked last year.  With ten state champs from seven different states, they are well represented across the country as well. This class includes recruits from typical Mizzou pipelines like Missouri, Wisconsin, and Illinois, but also has ranked recruits in areas that aren’t seen as often like Indiana, Texas, and Oklahoma. There was an impressive late push to add ranked wrestlers Jerrdon Fisher and Cameron Steed.

I asked Coach Brian Smith if he felt like Mizzou’s strong class was helped by the recent move to the Big 12 and he said, “I think kids are coming here more for the culture and what Tiger Style is about, the degrees they’re getting, and the teams that they’re going to be on. I think being back in the Big 12 does give us more recognition since it’s a Power 5 conference so it’s probably added some, but we’re gonna recruit good kids no matter where we are. They look at what we’re doing at NCAA’s and seeing All-Americans and National champs and what we’re doing on the world level.”

While it’s difficult to exactly project how high schoolers will end up weight wise in college, this class has a lot of options with eight potential weight classes represented. The most impressive part of such a large and highly ranked class is that almost all of them have a strong opportunity to redshirt with Mizzou’s starters mostly established.