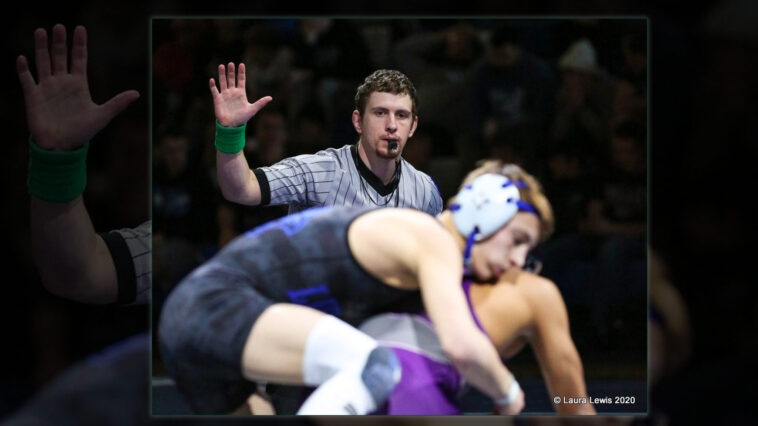 From youth to high school, the sport of wrestling is short on referees in Missouri.

Lewis said it’s been an issue for the past five years or so.

“The number of referees has been slowly dwindling,” Lewis said. “This is the worst year in terms of having registered officials. We have had problems having enough people to cover all the dual meets and tournaments for middle school, junior varsity and high school.”

So why is that?

Well, Lewis notes that some of the registered officials are just busy at the time of the wrestling events needing officials. Others end up quitting due to getting criticized or getting yelled at by fans, parents and coaches.

“You have to have thick skin to handle it sometimes,” Lewis said of the criticism referees receive. “I think that’s what scares off some of our newer, younger guys. The coaches have a job to do and they are going to work hard to try and get a call for their kid.

“That’s just the nature to be an official. You have to learn to block that stuff out and know that it’s not personal.”

While Lewis hasn’t heard of any events being canceled due to the shortage of referees, it’s something that is possible.

“People have families and people get sick,” Lewis said. “They have kids who are in different activities like choir or band and they want to see their kids perform. It hasn’t come to the point where events have had to be canceled yet, but we will find out shortly how bad it is.”

In central Missouri, Lewis said he typically needs about 60-65 officials to operate comfortably to be able to cover all duals and tournaments. However, he said central Missouri only has about 40-45 referees.

In addition to the aforementioned reasons for the low number of officials, Glasgow cited the COVID19 pandemic as being another reason for some officials stepping away.

“With the addition of girls wrestling and youth being as big as it is, there’s just not enough officials,” Glasgow said. “A lot of schools don’t have separate teams, so we are having to send two officials to the same location for our varsity and JV events. It almost ends up being a quad dual when you have full teams of girls and boys.

“We have lost some referees because of the pandemic because their main job doesn’t want them to risk getting sick or they don’t want to bring it home to someone.”

To avoid cancellations, Glasgow said that’s had to be creative in avoiding those.

“Traditional nights have been Tuesday, Thursday and the weekend,” Glasgow said. “But we’ve had to spread those out to other days sometimes.”

According to an email Lewis received from another official in his area, there are 220-240 registered officials in the state. When split between the four regions – west, southwest, central and east – that averages to about 60 available officials per area.

“That number sounds like a lot, but not every single one of those guys is going to be available,” Lewis said.

Lewis added that there are a lot of officials who are in their 40s and 50s and aren’t likely to be willing to officiate until they are in their 60s.

“The referees in most high school sports are in the upper 40s,” Glasgow said. “Many of us are in our 50s and some people are ready to retire from officiating and we don’t have the same amount of people coming in to take their place.”

So that’s why it’s apparent that younger officials need to be recruited to be able to have enough officials for events five to 10 years down the road. The Missouri State High School Activities Association getting more referees is more crucial than ever now with the addition of the girls division in 2019.

Lewis noted those that are interested in becoming a referee don’t need wrestling experience and there are current registered officials who have never wrestled themselves.

All one has to do is sign up at MSHSAA.org and click to the officials tab to apply. The website will guide anyone through the process of becoming an official. There is an initial fee to register and then one would have to take a wrestling rules online test. Once a person passes a test, they can shadow a mentor ( a veteran referee) to get an idea what they will have to do once they start officiating. Once that person starts working as a referee on their own, they will start at the youth level and work their way up.

Officials are paid per event and the amount paid depends on if it’s a youth, middle school or high school event. The amount of pay also varies on whether the event is a dual or a tournament.

“It’s pretty good money,” Lewis said. “It’s a great way for people to give back to the sport and to do something productive with their time while earning some extra money.”