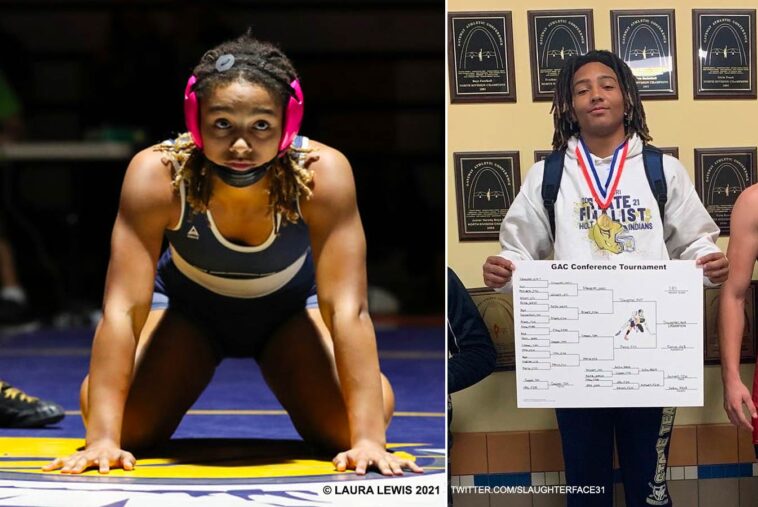 Isaiah (currently ranked #4), who excels on the football field as well as the wrestling mat, is coming off a 33-8 junior season campaign where he placed 3rd at districts. Currently into his senior year, Isaiah has a 9-2 record, will look to make a climb onto the state tournament podium to finish out his high school wrestling career.

Maria (currently ranked #2), a junior at Holt, placed 2nd at state as a freshman and fourth as a sophomore (137 pounds) compiling a 63-8 record. As well as the GAC championship under her belt this season, Maria has championships from Wonder Woman and Union as well as runner-up at the KC Stampede.