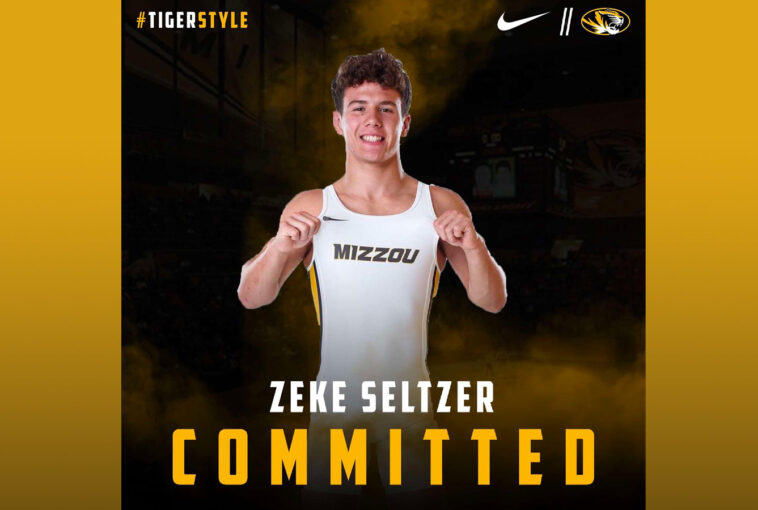 With twelve recruits incoming, this is Mizzou’s largest class since 2015. Eight of them are on MatScouts 2022 Big Board as well, making this a star studded class. Headlining this stacked Mizzou recruiting class is Zeke Seltzer out of Indiana. Seltzer is the first Mizzou recruit from Indiana in over 15 years.

Our guy @ZekeSeltzer featured at #4 with a nasty headlock. https://t.co/pobmMWGFqm

Seltzer is a 4x state finalist and 3x champ, most recently winning at 132lbs. His career record is 161-3, with his last loss coming #4 Jesse Mendez after Seltzer bumped up in a dual. Seltzer’s accolades are a long list, including 3rd at Super 32, Fargo freestyle runner up, and recently winning at the esteemed Pittsburgh Wrestling Classic. He’s currently ranked #21 on MatScouts Big Board, #2 at 132lbs, and the #2 recruit out of Indiana.

In his long Seltzer has a number of impressive wins, including Sergio Lemley who is #1 at 126lbs, 3x Indiana state placer Logan Frazier, and Rutgers commit Brandon Chetslos. Seltzer projects as a 133/141lber, but could potentially start immediately at 133lbs if he doesn’t want to redshirt.

I am excited to announce that I will be continuing my academic and athletic career at the University of Missouri! Thank you to all my coaches at CIA and Cathedral High School and my parents for helping me along this journey. #TigerStyle 🐯🐯 pic.twitter.com/OcA1T9JUE8