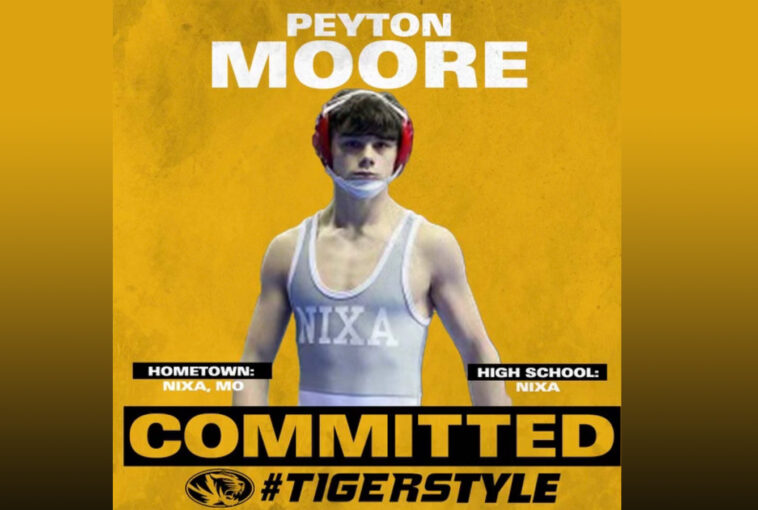 With twelve recruits incoming, this is Mizzou’s largest class since 2015. Eight of them are on MatScouts 2022 Big Board as well, making this a star studded class. Their lightest recruit is Peyton Moore of Nixa High School in Missouri. Moore is the first Mizzou recruit from Nixa since 2007.

Peyton Moore has some impressive wins through his career including Little Rock recruit Cael Keck and current OU wrestler Eli Kirk. Moore projects as a 125/133lber and will have an opportunity to redshirt behind current starter Noah Surtin.