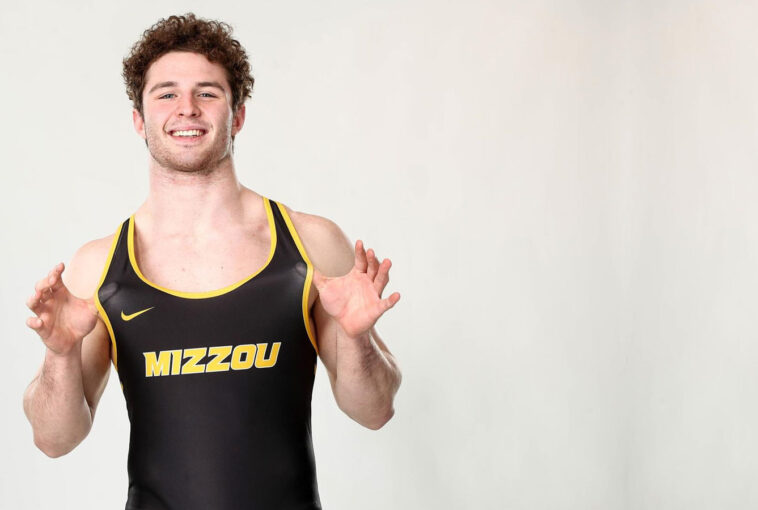 With twelve recruits incoming, this is Mizzou’s largest class since 2015. Eight of them are on MatScouts 2022 Big Board as well, making this a star studded class. A late recruit out of Missouri, Tommy Hagan was both a standout wrestler and football player. As a senior he had 13 sacks and was a first-team all-state selection while playing for Lafayette High School.

Hagan was a three-time state placer, and was undefeated as a senior on his way to the 220lb title. His career record was 155-31, and also finished third as a sophomore and runner-up as a junior. As a senior he was ranked as the #1 220lb wrestler in Missouri. Hagan was dominant as well, with 39 pins in 46 matches.

With being a high level football player as well, I don’t think Hagan had opportunities to wrestle high level out of state opponents, but did beat some high level Missouri wrestlers. Including John Gholson who placed 3rd at heavyweight, and state placers Thomas Rushing and William Nelson. He projects at 285lbs, joining recruit Ryan Boersma as potential wrestlers to continue Mizzou’s strong heavyweight tradition behind Zach Elam.