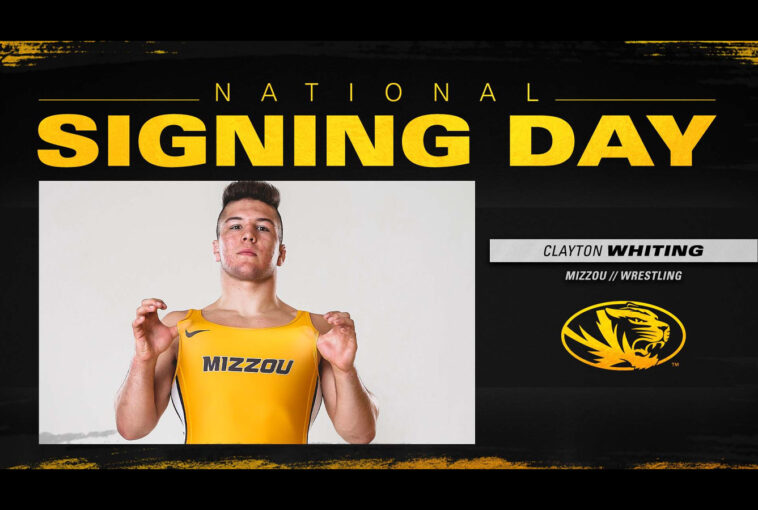 With twelve recruits incoming, this is Mizzou’s largest class since 2015. Eight of them are on MatScouts 2022 Big Board as well, making this a star studded class. Clayton Whiting is another big name recruit, joining Zeke Seltzer as a top 50 recruit. Whiting is an Askren Wrestling alum, joining Keegan O’Toole, Peyton Mocco, and Ellis Pfleger at Mizzou.

Whiting is a 4x Wisconsin state champ, the 22nd in the state’s history. His highschool career record is 163-5 as he won titles at 152lbs, 170lbs, and 182lbs. His senior year he also entered two college opens and went 8-0 with five bonus point wins. Whiting was also a 3x Fargo All-American and got a win at the Pittsburgh Wrestling Classic. He’s the #40 overall recruit, #5 at 182lbs, and the second highest ranked senior in Wisconsin for MatScouts.

Whiting has quite the hit list as well, including #91 overall Jack Wehmeyer, #6 at 182lbs Ryder Rogotzke, and most impressively Abe Assad of Iowa. Assad is a junior and two time national qualifier for Iowa, Whiting beat him 4-3 at the Luther Open with an impressive last second takedown. Whiting projects as a 184lber, and joins a crowded room with starter Jeremiah Kent and fellow blue chip 2020 recruit Colton Hawks.