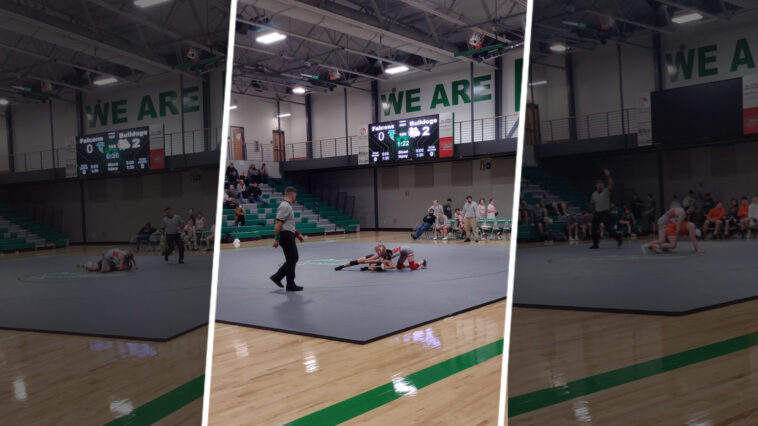 The last time the Lady Bulldogs were in Blair Oaks, was nearly a month ago.  It was Finals week and a very long night.  This time it’s a quad meet with Blair Oaks, Odessa, and Owensville were the teams originally scheduled.  This time is also different as Blair Oaks will be debuting in its brand new gymnasium.  However, the writer found out due to a variety of reasons, Odessa had backed out, making it a triangular meet.  Blair Oaks did attempt to find a replacement team but was unable to secure another team on such short notice.

Both Blair Oaks and Owensville are District opponents and this would be the first time Mexico has seen Owensville this season.  It is one of the several meets this season that the Lady Bulldogs will be traveling with the currently ranked 4th Mexico boys’ team who will compete right alongside the ladies.

This meet kicks off the second half of the season for the Lady Bulldogs and they are starting off short-handed due to illnesses and other circumstances beyond Coach Senor and his team’s control.  Coach Senor is hopeful that his team will be back up to full strength next week as they hit a tough stretch in their schedule.

Below are the results of the two duals:

Overall, Mexico went 1-1 on the evening in duals.  The following ladies went 2-0 on the night as well, Katherine Bowen and Matty Tolbert.  Both of these ladies did make their scratch weight but wrestled up a weight to help the team out.  Two other matches of note this evening were from Tessa Higgins and Shelby Shramek.  Tessa against Blair Oaks secured a fall vs. Blair Oaks at 159 lbs. this evening after scoring a quick takedown on her opponent. In the other highlight match, Shramek scored several takedowns in her match against Owensville before securing the pin with only twenty seconds left in the third period.

It will be a quick turnaround for the ladies as Mexico is scheduled to wrestle tomorrow afternoon/evening at the Tournament at Capital City High School in Jefferson City. The good news for the wrestlers is that they get a two-pound allowance as a result of them wrestling tonight and another team wrestling last night.

Next week the Lady Bulldogs have a loaded schedule and will be competing every day starting on Wednesday and running through Saturday.  All of these meets are scheduled to be on the road with included stops at Hannibal (NCMC Dual), Southern Boone (a quad meet with Versailles and Osage as well and all 3 are District Tournament Opponents), and the two-day St. Charles Invite (which currently has 25 teams listed to attend it).  And all of these meets the Lady Bulldogs will be traveling with their boy counterparts to all three of these meets.