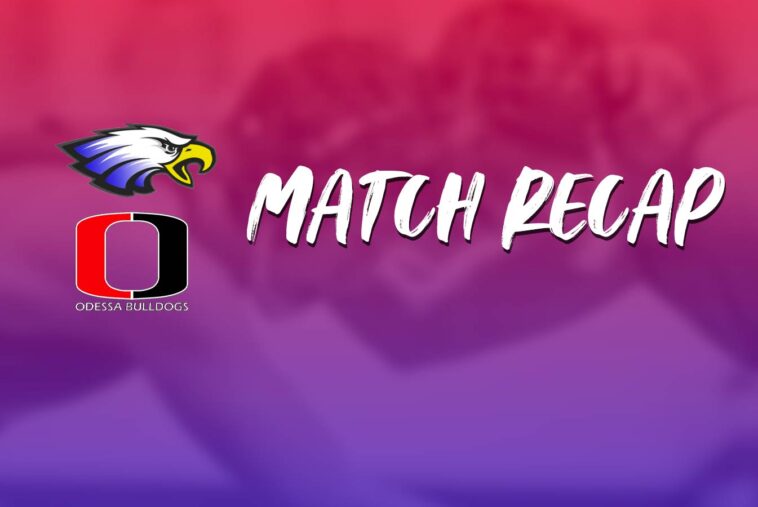 There have been some heavy hearts on the Grain Valley wrestling team the past couple of weeks.

Many Eagles fondly remember Starr, including sophomore Gavin Parks. He said he and the team have dedicated the season to Starr.

After Grain Valley rolled past Odessa 60-7 in a Thursday dual at home, the passing of Parks’ friend was the first thing that came to mind.

In his match, Parks used a takedown and cradle to pin Landon Scarborough in 1:07.

“I had a former teammate who passed away and that was his move,” Parks said of Starr. “I wanted to do that for him.

“It was pretty tough for the whole team. (After Starr passed) we took a day off and went to the funeral. We bonded as a team and we are coming back stronger than ever.”

Bowman was the head coach during Starr’s final season with the Eagles and had fond memories of his former star wrestler who was a two-time state medalist.

“Anytime you lose a family member, it’s tough,” Bowman said. “We talk about it in the wrestling room. Win, lose, angry or sad, we are always a family. That kind of started with Trent Starr. If you listen to people talk about him, he loved everybody. He had a contagious smile. People loved to be around him.

“For us, to just be able to embody some of what he stood for like love, compassion and understanding, it just makes me super proud of these guys that they took that from them. It’s been tough, but with each other, we got through it.”

Junior Dru Azcona (126), who was a teammate of Star’s in the 2019-20 school year, admitted it was emotional to continue wrestling after his passing.

Azcona certainly did in a tough match against Gable Gross. He jumped out to a 3-0 lead with a takedown and an escape. Gross got a takedown in the third period to narrow the gap to 3-2 before Azcona got another takedown and eventually hung on for a 6-3 decision.

“It was a good match,” Azcona said. “I just got done getting the second shot in my arm, so a little rusty. I needed to get back out there and I felt good.”

“I thought I wrestled fine, I just tried to stay hydrated all day,” Barker said. “I wrestled quickly and wrestled my match.”

Like Barker, Collin Burd (182) grinded out a victory of his own in a 4-3 decision over Daniel Bischoff. He went down 2-0 after Bischoff got an escape, but he later worked his way into a tie before getting a double leg takedown in the third to give him enough cushion to hang on for the win.

“Throughout the match, I was seeing that his legs were open,” Burd said, “so I figured I could get to that when I needed to.”

One of Burd’s teammates had a little bit of an easier time in his match.

Andrew Czeschin (285) said he’s had a tough past couple of weeks but ended his slump after getting a throw and pin in 15 seconds against Ayden Agcorpa.

“I actually wanted to wrestle for a little bit,” Czeschin said. “I actually haven’t had a great season the past couple of weeks and I wanted to come back with a decent win.

Other winners for the Eagles were Colston Parks (106), who used an armbar to roll over Brady Jones and get a pin in 1:23; junior varsity wrestler Ethan Jones (120) filled in for Brock Smith and got a pin in 3:41 over Tyler Renfro; Tyler Groves (132) reversed a takedown attempt from Jase Todd and got one of his own and later got a reversal in a 4-0 decision; and Jace Worthington (170) used a unique version of a cradle to get a fall against Blake Gillespie in 1:32.

For Odessa, Nathan Wood (145) controlled his match from start to finish in a 9-2 decision against Collin Hansuld and Zane Palmer (160) kept Justin Deweese ground in a 11-0 major decision.

GIRLS: There were two matches in the girls contest that saw Odessa win 45-6 with the benefit of seven forfeit victories.

Sevreign Aumua (149) got the Eagles lone victory when she pinned Brianna Ford with four seconds left in the match.