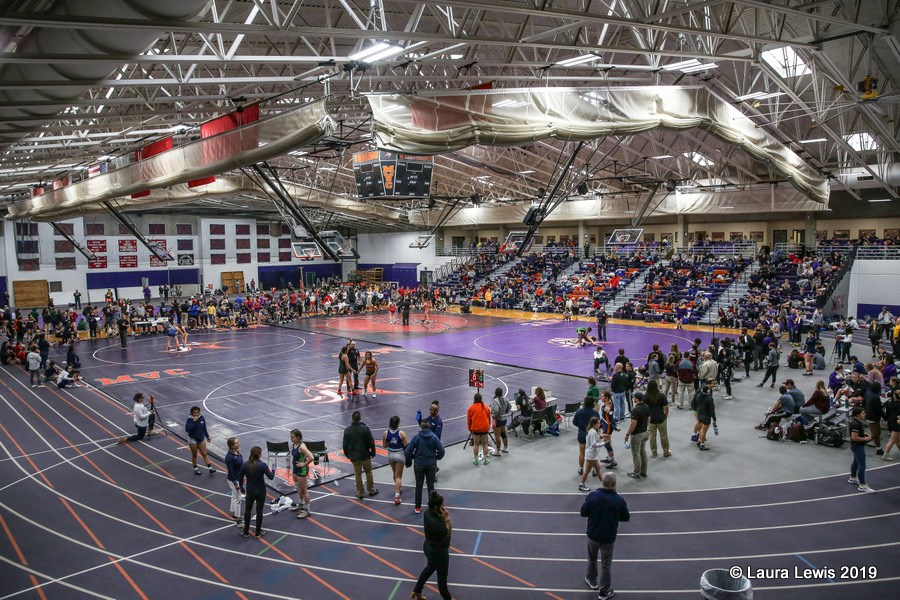 Marshall, Mo. (November 17, 2019)- The No. 11 Missouri Valley College women’s wrestling team hosted the MVC Open Sunday at the Burns Athletic Complex, one of the largest collegiate women’s wrestling events in the country. The team was led by two individuals that placed sixth in their respective weight classes. 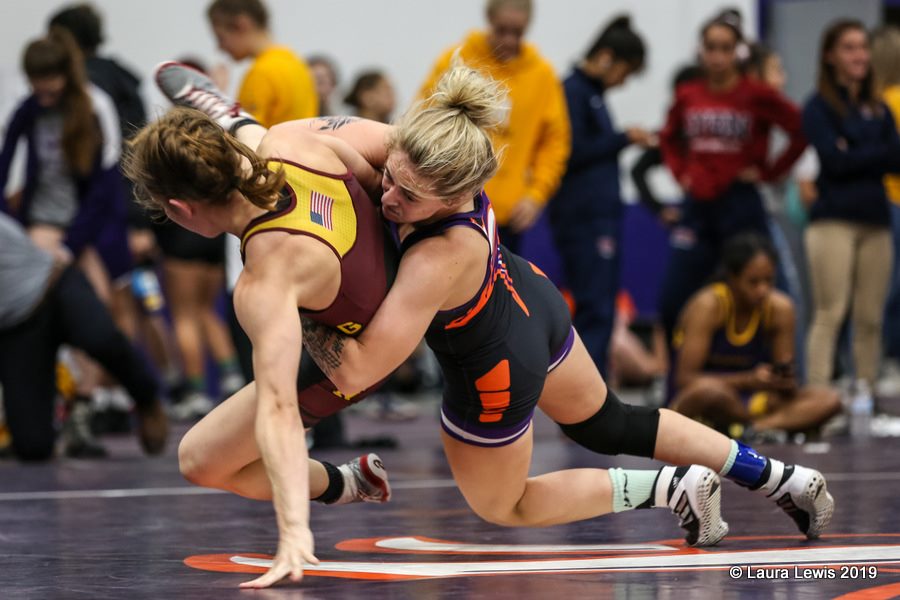 No. 6 Sophomore Jocelyn Murphy (Jacksonville, Ill.)-130 Pounds.
First Round: Received a bye
Second Round: Defeated Alexandra Herle of Emmanuel College (Ga.) in a (8-6) decision.
Third Round: Defeated Mikayla Dockweiler of Gannon University (Pa.) in a (1:42) fall.

Quarterfinal: Lost to Cindy Zepeda of Colorado Mesa University due to a (1:00) fall.
Consolation Sixth Round: Lost to No. 5 Andrea Schlabach of University of the Cumberlands (Ky.) due to (10-6) decision.

Freshmen Brooke-Lynn Rush (Saint Joseph, Mo.)-155 pounds
First Round: Received a bye
Second Round: Defeated Emilee Demann of University of Saint Mary (Kans.) in a (2:05) fall.
Third Round: Lost to Anna Naylor of Eastern Oregon Unattached due to a (10-0) technical fall.
Consolation Fourth Round: Defeated Andrea Prince of University of Jamestown (N.Dak.) in a (9-7) decision.
Consolation Fifth Round: Lost to Hunter Robinson of Grand View University (Iowa) due to a (10-0) technical fall.

Next for the Viking women’s wrestling team is the Patriot Duals, set for Nov. 22nd and 23rd in Williamsburg, Ky.