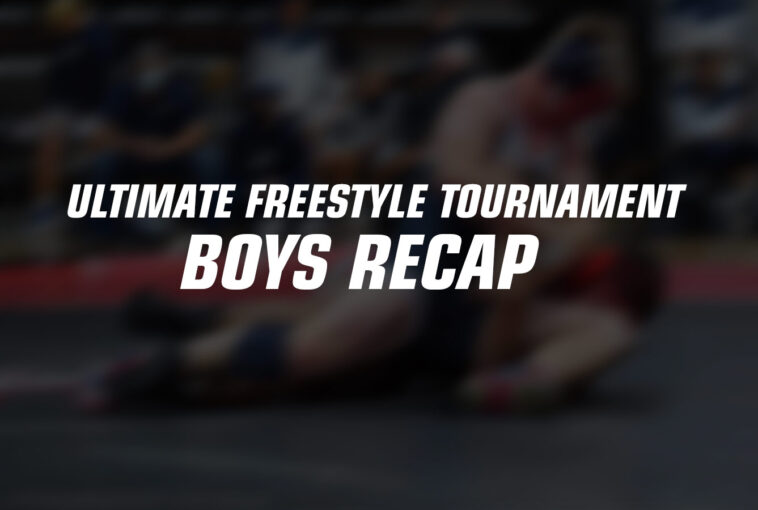 While some Missouri high school wrestlers are playing other sports and are taking some time off from the sport, others are hard at work competing at wrestling tournaments in the offseason. One of those tournaments was the Ultimate Freestyle Tournament, hosted by growrestling.org.

The event took place at Blue Springs High School and some of the best youth and high school wrestlers had to adjust from wrestling folkstyle to freestyle. Many of the wrestlers who competed had a lot of experience wrestling freestyle. Others were trying it out for the first time.

This tournament gave wrestlers an opportunity to compete outside the high school season. Below is a summary of the winners for each bracket on the boys side:

114.4-122.9: Topeka’s Jonathan Morrison won his division of two other competitors. He won by a 10-0 tech fall victory against Sedalia’s Dayton Cochran and Lee’s Summit’s Gabe Hawkins to take first place.

128-134.5: Grain Valley junior Brock Smith lost his last match against Blue Springs South’s Tyler Fields 10-9, but ended up getting the tiebreaker for first place after winning by fall against Topeka’s Brock Ferguson and getting a tech fall against Paola, Kansas’ Levi Ballou.

“I like freestyle because it’s more fast-paced,” Smith said. “It’s more offensive. I feel like I have been able to improve my skills more in freestyle. I love being on my feet and scoring a lot of points.”

129-135: Grain Valley junior Dru Azcona, who was a state medalist in February, dominated both his opponents in his bracket, getting 10-0 tech fall victories against Odessa’s Tyler Renfro and St. Joseph Lafayette’s Tristan Flynn.

“That break was good but I still came here and practiced,” Azcona said. “I think I wrestled great. This tournament definitely got me into shape. It didn’t take long.

130-140.2: Three-time state champ Sam Ewing of Pleasant Hill had little trouble winning his bracket. He won by tech fall in all three of his matches, including a 13-2 victory against Overland Park, Kansas’ Jenkinson.

153.8-161.9: Columbia Battle’s Austen Wetzel only surrendered one point in four matches, all of which he won by tech fall, including a 12-1 win against Paola’s Luke Faunce in his final matches as he claimed the top podium spot.