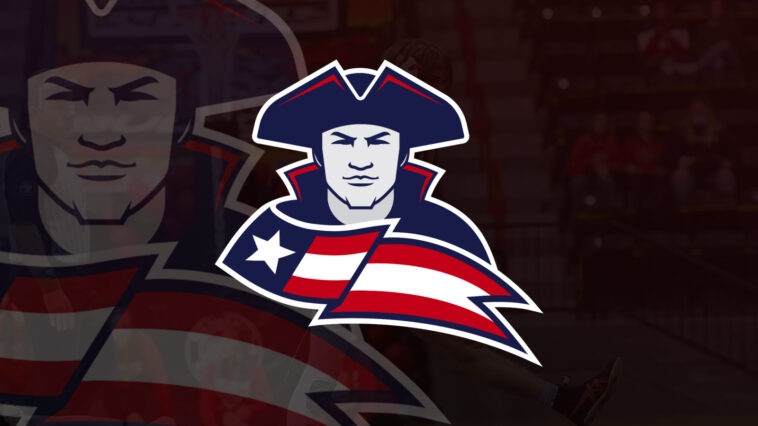 The Truman boys wrestling team is one that is often shorthanded.

In Tuesday’s tri dual against North Kansas City and St. Joseph Central, the Patriots had seven open spots. The Indians and Hornets had quite few open spots themselves.

That allowed Truman to have a shot at winning both duals. It did just that following wins of 30-24 against Northtown and 36-18 over Central.

“I thought it was great,” Truman head coach Levi Goes said of his team’s performance. “We won every contested match against St. Joseph Central and won every match against Northtown with the exception of (two). We had some kids out. The COVID bug got us a little bit and we had some guys coming off injuries from the holidays. But it was really nice to go back-to-back with wins while not having a full team.

Caden Deeney (138) was a big part of the Patriots two wins. He broke a 24-24 team tie with the Hornets by winning the last match against Eliot Eans by pin in 56 seconds. He used an armbar to roll over his opponent and get the pin. He also earned a 10-5 victory against Central’s Dylan Evans.

“I thought it was really cool I got that for our team,” Deeney said of his win against Eans. “We really needed it. It was very fun.”

Cole Pleacher (182) got some important wins himself. He jumped out to a 10-1 lead against Central’s Matthew Doiel and staved off his opponents comeback attempt in a 10-9 victory. He also earned a workmanlike pin of NKC’s Noah Diep to finish 2-0 on the day.

“I think I wrestled pretty well. The first match was pretty tough,” Pleacher said. “From there I was able to work my way up and get a pin in my second match.”

Freddie Sheppard also played a pivotal role in his team’s victory against the Indians. He bumped up a weight class to take on Peyton Olson at 285 pounds. He outmuscled Olson during a takedown attempt from his opponent. With Olson trying to use his weight to pull him down, Shepherd countered with a throw and eventually used a half nelson to get the fall at 3:02.

“It’s a lot of competition when you are giving up weight like that,” Shepherd said. “Going into that match, I tried to score as many points as possible even with the size difference. I just stayed confident and played my game.

For Central, Chase Olson (160) and Dillon Poling (145) had two forfeit wins each. Jackson Camp (152) won one match by forfeit and pinned Northtown’s Carlon Hill in 4:32 after he reversed a takedown attempt into one of his own.

“I was working on leg riding in the offseason and I got the leg in today, but I couldn’t get the guillotine in,” Camp said. “But I was able to get the cradle which is what I normally do.”

Angel Calderon (126) is someone who goes 100 miles per hour during his matches for Northtown. He was aggressive in both of his bouts, earning pins Truman’s Elias Chapin and Central’s Brian Eickelmann.

“I like to stay aggressive,” Calderon said. “It frustrates them and they can’t really think. I just go out there and keep my pace.

Chase Thurston (113) got some much needed wins Tuesday as he got a forfeit win and a first-period pin of Truman’s Andres Jones. Cayden Holmes added two forfeit wins.

One of the Indians who impressed was 285-pounder Hope Charlton who got a quick takedown and pin against the Hornets’ Olivia Turney in 22 seconds. She also won by forfeit against Truman.

“I get nervous before a match no matter who I am wrestling,” Charlton said. “But I don’t really have time to think. I’ll just go for it.”

Rachel Mason (110) had a more competitive match than Charlton as she fell behind 11-6 against Northtown’s Elana Moore before getting a key reversal and pin in 5:20 for the come-from-behind win.

The Patriots fell to North Kansas City and Central 42-18 in both matches due to surrendering seven forfeits apiece. The Indians went 2-0 after defeating the Hornets 36-30.

The Truman girls team only had three wrestlers available but they each went 3-0. Evangeline Drydale (141) and Tayler Akers (125) both had pins in both of their matches to lead Truman. Jennalee Bailey had two forfeit victories.