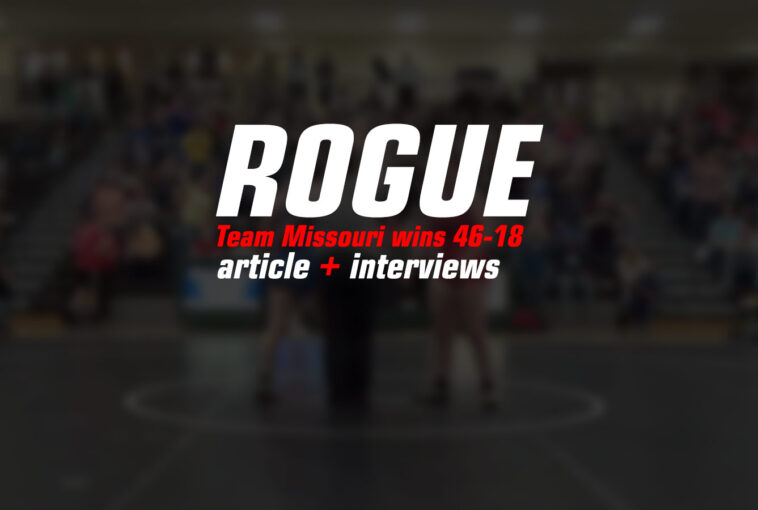 Team Missouri had a combined 13 state championships and 29 state medals among its members. And it proved to be a force to be reckoned with as Missouri jumped out to a 22-0 lead after winning the first five matches and never looked back in a 46-18 win over Kansas at Staley High School.

Tap to watch winner interviews from Rogue, including:

Below is a breakdown for each winner for Team Missouri

100: Two-time state medalist Jaden Breeden of Liberty faced off against 2022 Kansas state champion Holly Thatcher of Oskaloosa. Breeden got an early takedown and didn’t give up points for the entire match as she worked a pair of 3-point near falls to take a 1-0 victory.

“I just look for ankles and when they bounce up and they come back up, I just go for it,” Breeden said. “I like to get to my setups, see what I can find and go for it.”