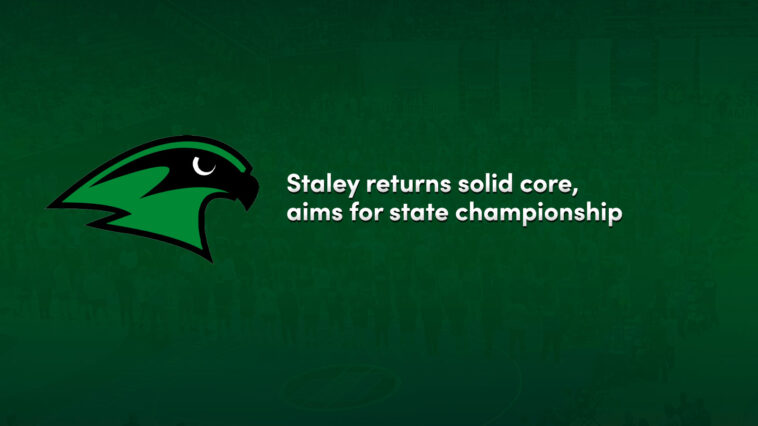 Staley is a storied wrestling program in the Kansas City area.

The Falcons have eight state top-four finishes, including one state championship in 2017.

That’s exactly what they will be aiming for going into the 2022-23 season as they return 11 out of 14 wrestlers who were in the lineup of the Class 4 District 4 Tournament.

Of those 11 wrestlers coming back, nine qualified for the state tournament and four earned medals at the tournament. Because the bull of last season’s team is coming back, the goal for the Falcons is to win its first state championship in six years.

“The younger class and the senior class we have right now is pretty solid,” senior Jack Stoffel said. “We have a lot of dudes who placed at state that are returning again.

“That’s 110 percent our goal (to get a state trophy). We are going to try and get first as a team. We have been talking about it.”

Sophomores David Gleason (132) and Zayne Reynolds (113) made immediate impacts for Staley during their freshman seasons. Reynolds finished with a 29-9 record and took third place at the state tournament.