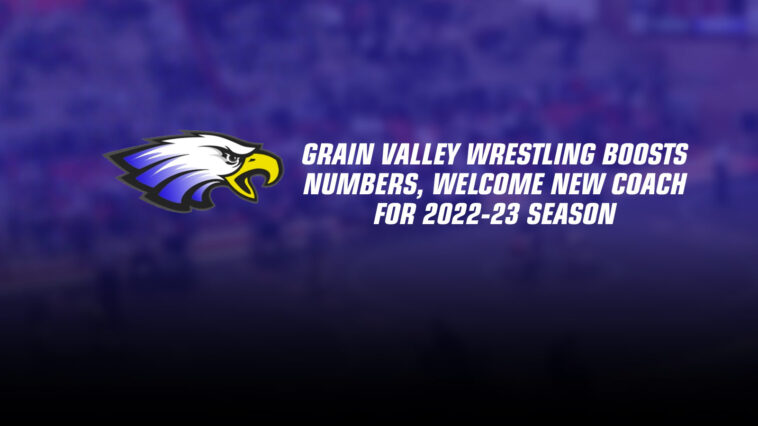 The Grain Valley wrestling team has a new coach and the numbers are better than ever for the program.

Former head coach Jeff Bowman stepped down and Donald Horner takes over a program that lost just one senior from last season’s team.

Horner was an assistant coach for the Blue Springs South wrestling team last year and gets his first crack at leading a team that has a whopping 77 students trying out for the final roster. On the girls’ side, the Eagles will go from having two wrestlers to 11, so they will now be able to field a full team for girls and boys.

“We’re still missing a lot of kids because the football team is still playing,” said Grain Valley assistant coach Chad Benshoof. “We still have experience in the varsity lineup and they are getting better every day. That is out motto.”

Senior Brock Smith said he was excited to have so many people try out for the team.

“It’s a good problem to have,” Smith said. “You want to have a lot of kids out. It builds the team and gets everyone better every single day. It’s unfortunate for us, but we have a good football team here at Grain Valley. We got 20 kids who don’t plan on coming in this Friday. They plan to keep winning.”