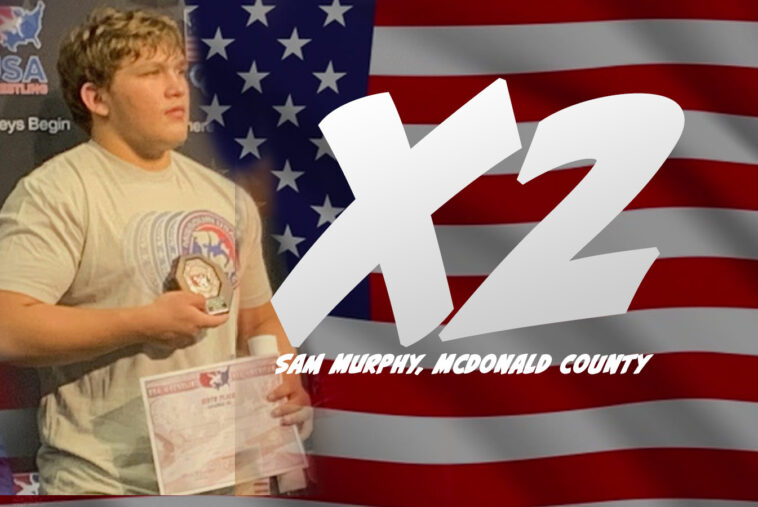 The sophomore-to-be at McDonald County High School took sixth in Greco-Roman and seventh in freestyle.

He is hoping the success at the national level is a precursor for success in Class 3 this winter.

“It was a great experience,” he said. “I worked all year for that goal and it was great. It was brutal; it is a different nature up there.”

He started out 3-0 in Greco-Roman before losing to Austin Johnson of Pennsylvania, the eventual runner-up. Murphy’s final match in the bracket was a 10-5 loss to Parker Ferrell of Virginia, who has become a nemesis of sorts this summer.

The two wrestlers met in freestyle in the quarterfinals and Ferrell won 5-1 against Murphy. It was the third win this summer in three matches for Ferrell against Murphy.