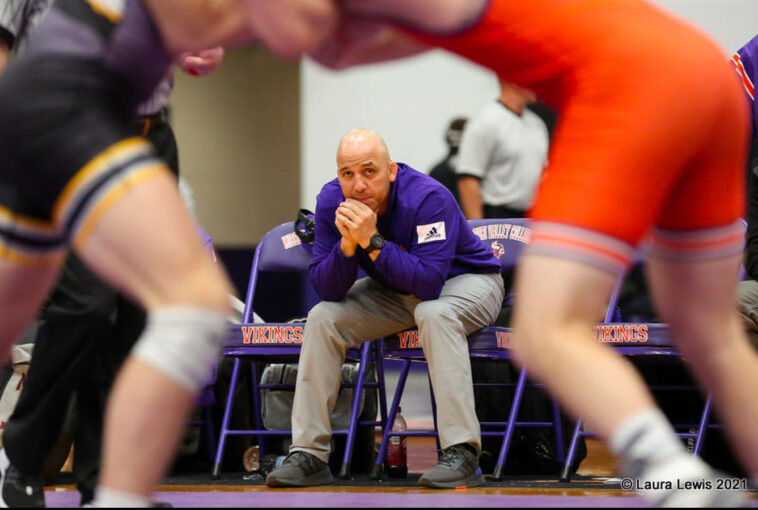 Giangrosso has served as the Associate Head Coach for the men’s wrestling program since 2015, and has been on the coaching staff since 2003.  He is also a four-year letterman in the program, and was a two-time All-American, in 2000 and 2003.  He was a member of the 2003 National championship team.

Since joining the coaching staff prior to the 2003-04 season, Giangrosso has helped produce 83 All-Americans, four individual National champions and 12 National finalists.  The program has also produced four regional championships, 14 top ten finishes at the National tournament, and a National runner-up placing in 2005.

“First off I want to thank Coach Fifer and Coach Machholz for giving me this opportunity. I have been blessed to have watched  Coach Machholz lead the program and to learn from a true legend,” said Giangrosso. “ I can only hope that I can make half the impact that Coach Machholz has.  I am really excited to lead this program into the future. As an alumni of the program my goal is to continue the winning tradition going forward. I know there is a whole lot of hard work ahead and a bright future.  I hope that I can leave my own fingerprint on the program in the process.  No Weak Links.”

Giangrosso will replace Mike Machholz as head coach, after Machholz retired from coaching last week to accept the Athletic Director role at Missouri Valley.  Machholz had been head coach for the men’s wrestling program since 1994, and spent more than 30 years on staff with the program.

“I am very excited about this opportunity for Pat,” said Machholz.  “He has grown up through the program and is invested as much as anyone could be in seeing MVC wrestling succeed!  His loyalty to the institution, and passion for the program is unmatched and makes this promotion obvious.  His years of experience as a lead assistant will be a great asset for a seamless operating change for our athletic department and especially for athletes eligible to return next year. I look forward to seeing his imprint on the program in the coming years!”

Giangrosso graduated in 2003 from Missouri Valley with a bachelor of science degree in history.  His coaching expertise focuses on improving skill in the neutral position and in both freestyle and Greco-Roman wrestling.

Known for its dynamic, richly diverse, and friendly educational environment, Missouri Valley College offers many opportunities to grow in mind, body, and spirit. Grounded in the liberal arts, undergraduate studies empower students to master interdisciplinary skills needed to succeed in a knowledge-based global society. MVC offers over 30 academic programs, study abroad program, extracurricular activities, and a wide variety of sports. The most popular majors include education and business, criminal justice and exercise science. Above all, Valley is committed to student success.