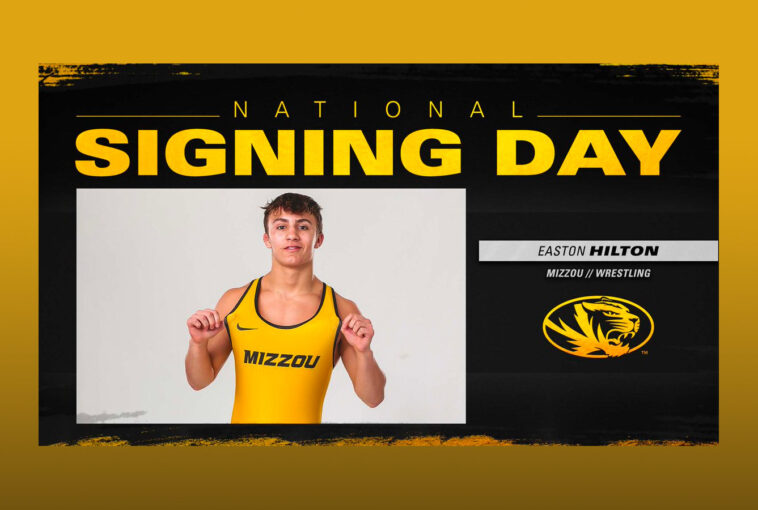 With twelve recruits incoming, this is Mizzou’s largest class since 2015. Eight of them are on MatScouts 2022 Big Board as well, making this a star studded class. One of four recruits from Missouri, Easton Hilton will look to become another strong home grown prospect for the Tigers. Wrestling for nationally ranked Liberty High School, Hilton is the first Mizzou recruit from there in over 15 years.

"Missouri is known for developing their wrestlers once they get there, I strive to become better everyday and I haved live the TigerStyle lifestyle without even realizing it. When Coach Smith explained it to me on the visit all of the pieces fit and Mizzou felt like home." pic.twitter.com/plbYzswd0s

Hilton won a state championship as a freshman at 106lbs, then finished in the top four the next three years. He most recently finished 3rd at state at 138lbs, with his only loss coming to nationally ranked Mizzou recruit Carter McAllister in overtime. His career record is 169-20, and includes a recent 2021 Dan Gable Donnybrook 3rd place finish.

In his career Hilton has significant wins over 4x Missouri state champ Eli Ashcroft, 3x Illinois state placer Danny Curran, and 2x Missouri state placers Kody Ketchum and Andrew Doehring. Hilton projects as a 133/141lber, but did bump up from 126lbs to 138lbs his senior year so another jump is possible.