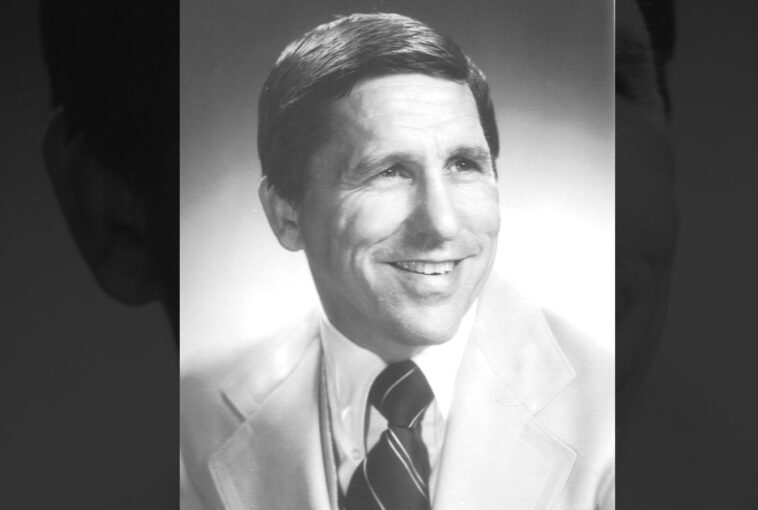 COLUMBIA, Mo. – The University of Missouri and Mizzou Wrestling mourns the passing of former wrestling head coach Vernon Hap Whitney, who passed away on Wednesday in Columbia.

“This morning, we lost a great man in Hap Whitney,” head coach Brian Smith said. “Hap brought Mizzou Wrestling into the modern era and helped bring Mizzou to the national stage. He was a mentor, a great coach, a great supporter of the program, and special friend to me. Prayers to all the Whitney family.

We have an award named after him and to not have him be there to hand out his award this year was hard for me. I will miss the phone calls after duals, miss his guidance, and miss his friendship. He was a great person and a great Tiger forever.”

Whitney was inducted into the University of Missouri Intercollegiate Athletics Hall of Fame in 1997. As the head coach of the Tigers from 1964-1974, Whitney led Missouri wrestling to new heights. Under his direction, the Tigers saw its first Big Eight champion, its first team to score points at the NCAA Championships (1967), its first undefeated season (1968) and its first ranked team (1968).

Wrestling at Normandy High School in St. Louis from 1949-1952, Whitney became the state’s first four-time state champion. He went on to become a Big 10 conference champion at Purdue and was named an All-American at the 1956 NCAA Championships. The same year, he served as an alternate on the U.S. Olympic team.

Following his time in the Missouri Department of Athletics, Whitney served as the director of physical education and athletics at Columbia Public Schools for 18 years.

Missouri wrestling continues Whitney’s legacy through the Hap Whitney Coaches Award, an annual honor given to the Mizzou wrestler that displays dedication, commitment, sacrifice and unselfishness to the team on a constant basis.

A charter member of the Missouri Wrestling Hall of Fame and a member of the National Wrestling Hall of Fame, Hap Whitney had a won-lost record as MU’s head wrestling coach of 88-55-3 from 1964-74. That followed a standout competitive career in which the St. Louis native became the first wrestler in Missouri high school history to win four state wrestling championships, posting a 79-2 record. At Purdue University, he won a Big 10 Conference title and earned all-America honors by placing third at the 1956 NCAA Championships. He was an alternate to the 1956 U.S. Olympic team. His MU teams accomplished several notable firsts: the first place-winner in the Big Eight Championships (1966), the first finalist at the Big Eight Championships (1967), the first team to earn points at the NCAA Championships (1967), the first and only undefeated season (1968) and the first nationally ranked team (1968). After his tenure as wrestling coach, he became assistant athletic director, serving until 1981 when he became director of physical education and athletics for the Columbia Public Schools where he spent 18 years. He also worked five years as director of competition for the Show-Me State Games and worked for many years as a member of MU’s football scoreboard and timing crew. In 1993, he was the Missouri athletic director of the year and the Kiwanis Club’s choice for the Columbia Sportsperson of the Year. He was inducted into the Missouri Sports Hall of Fame in 2011.