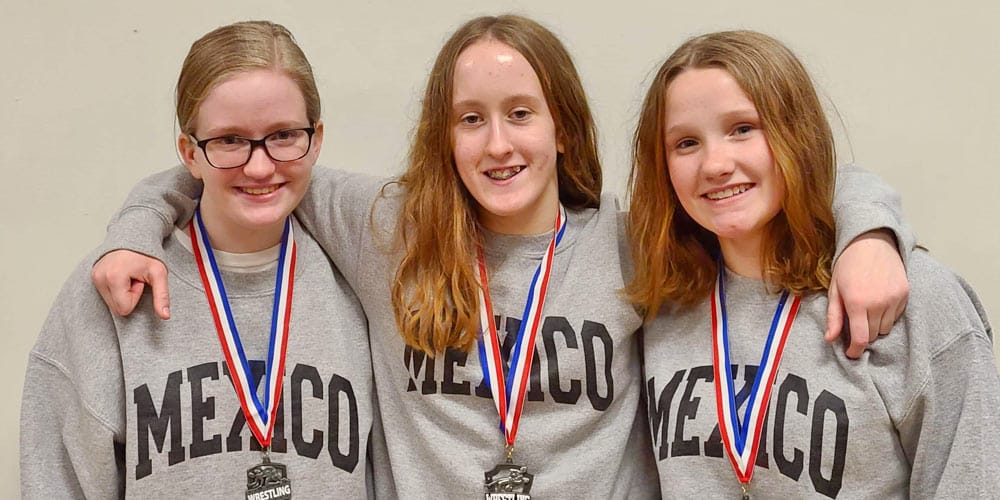 After getting their first taste of competition, the Mexico Lady Bulldogs and their Coach, Tony Senor, were eager to get back on the mat. The Lady Bulldogs next scheduled stop in their first season was the Eldon Mustang Invitational that took place on Wednesday, December 30, 2020.

Christmas Break tournaments are a good measuring stick to see where a wrestler is and what they can work on for the second half of the season. If a wrestler has made it this far into the season, especially those who are new to the sport like most of the roster for Mexico is, then they’ll be able to finish the season.

Christmas Break is also the time of the season where coaches and wrestlers evaluate which weight class is reachable and best fit going into the post-season which is just five weeks away. Coach Senor and his team are no different.

After having multiple conversations and seeing the hydration test results, some of the girls decided to forego the tempting Christmas treats that everyone loves (cookies, grandma’s homemade pies, homemade fudge, etc.) and made game plans to make their desired weight class. Unfortunately for one wrestler, she was not able to compete at this tournament due to injury.

However, her coach is hopeful that she will be able to return to the mat soon.