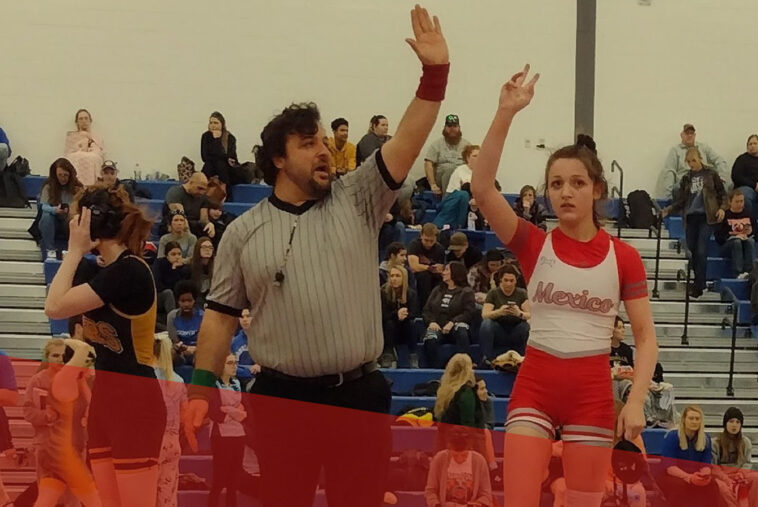 262 young ladies will be packed into the new North Point High School gymnasium. All of them with aspirations of being one of the 56 young ladies that will qualify for the state tournament in Columbia, MO on February 17-19. Nine of them are from Mexico High School, with three of them being seniors and their last opportunity to compete for one of those 56 coveted spots.

All of these young ladies have had to be flexible and self-motivated this week as a state-wide snowstorm shut schools and roads down. In the Columbia region and east (which is the majority of where District 2 teams are from), there was nearly a foot of snow with some additional ice. Not being able to practice formally with your team is something that is always a possibility during the winter. Coach Senor, like many of his coaching cohorts, gave his team a game plan while they were stuck at home. If they followed it, they’d be just fine when it comes to final preparations.

The coaches and the tournament director elected to postpone the tournament with a start time of Saturday morning, rather than Friday night to give teams that have to travel a great distance (such as Kirksville) and give the highway crews extra time to clear the paths needed.