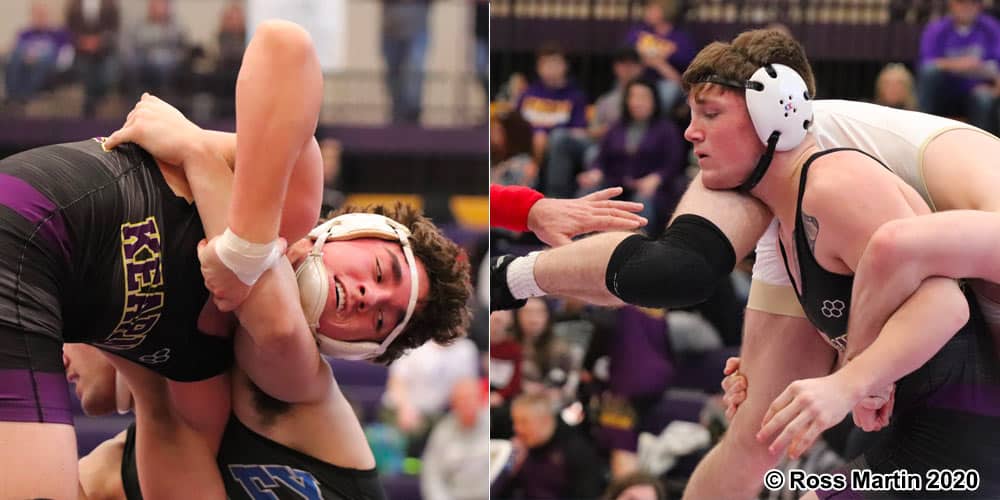 BELTON, Mo. — Coby Aebersold never could have expected his senior year to unfold this way.

After suffering a torn ACL, the standout senior could have shifted his focus to college and a new set of goals. Instead, he returned late in the season to help the Bulldogs chase more hardware.

Aebersold won his second straight Class 3 District 4 title on Saturday at Belton High School with an efficient but mostly uneventful 3-1 decision over Grain Valley senior Drake Tipton in the 170-pound final. He capped a dominant effort for Kearney, which produced eight finalists and 11 qualifiers for next weekend’s Class 3 Missouri State Wrestling Championships. The Bulldogs were the runaway winners of the District 4 team title with 238 ½ points.

“It’s undescribable,” said Aebersold (14-1), a two-time state finalist and champion at 160 pounds a year ago. “Whenver I heard the news that I tore my ACL, it was just hard to get past that and look for my goals in the future. I’m just happy to be back on the mat.

“One-hundred percent (I knew I was coming back) — no matter what.”