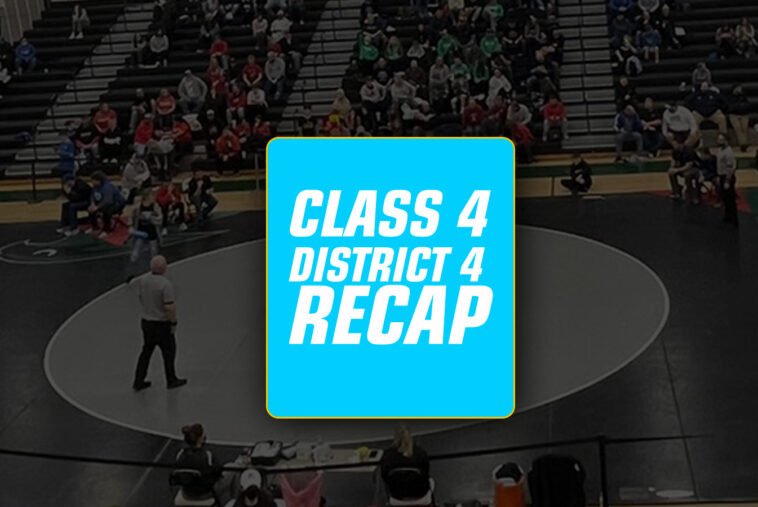 The Liberty wrestling team has been through adversity all year.

It lost its main 285-pounder, Jeremiah Cubuyaban, for the season because of the injury and other wrestlers have been in and out of the lineup due to injury and illnesses.

Even with all the troubles they have been through during the 2021-22 season, Liberty continues to prove it’s one of the premier programs in the state. The No. 1-ranked team in the state according to the MissouriWrestling.com poll and the two-time defending state champions took care of business in the Class 4 District 4 Tournament, taking first with 259 points.

The Blue Jays had seven wrestlers win their brackets and four others qualify for state.

“I am really proud of the team, we had a lot of guts this weekend,” Liberty senior Logan Rathjen said. “We had guys who couldn’t make it. Most of them were freshmen. They have plenty of years to make it to state.

“We have been grinding the whole year. I think we deserve it.”

The top four wrestlers in each weight division qualified for state.

Below is a summary of each weight class and lists of who qualified for state:

No. 3-ranked Devon Harrison of Liberty is looking like a contender for a state title in his weight division. He won by fall in all three of his matches, including one in 3:42 against Staley’s Parker Leverknight to take first place.

“I stopped doing the turk thing that I do, so I just had to go somewhere else,” Harrison said of his match with Levernight.