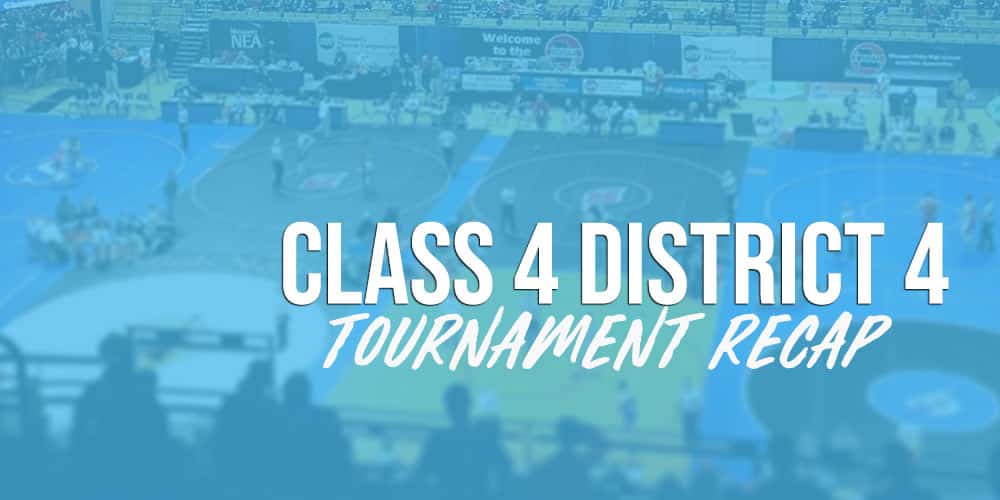 KANSAS CITY – Nobody in attendance – coaches, wrestlers or fans – could say they were surprised by who came out on top at the Class 4 District 4 Championships. But no one could have foreseen this type of dominance.

Top-ranked Liberty, which has been No. 1 in the MissouriWrestling.com Class 4 state poll all season and has moved up to No. 19 in the country according to national rankings by @MatScoutWillie, put on some kind display while claiming the program’s second consecutive district team title Saturday, Feb. 15, at Staley High School. The final numbers were simply staggering.

106 pounds: Ranked No. 1 in the MissouriWrestling.com Class 4 state poll at 106 pounds, Cael Keck came into the district as a heavy favorite, and the Park Hill sophomore did not disappoint. Keck absolutely rolled through his bracket, posting first-period pins in all four of his district matches, including a fall against Staley’s Logan Burks at the 1:46 mark of the championship bout. Burks’ big win came in the semifinals, a 5-3 decision against Nathan Wishne of Lee’s Summit. Keegan Emrick of Fort Osage was no match for Keck in the semifinals but bounced back to take third place with an 8-3 win against Wishne.