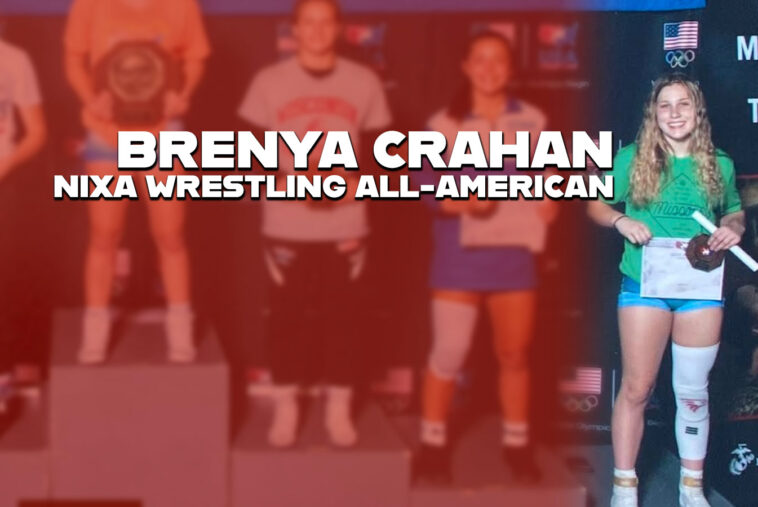 Her father was a professional mixed martial artist and did jiu-jitsu and his daughter had been around it for most of her life. She started wrestling at the age of five and within a few years she was a Missouri Youth state champion.

The accolades continued to pile up and in the last calendar year. The first was winning the USA Girls Preseason National Championship in October.

Then, in the high school season, she ended her year with an 18-match winning streak that ended with her standing on the podium as the 122-pound state champion.

Now, she added All-American honors at the USMC 16U and Junior Nationals last month by taking seventh place at 132-pounds in the 16U bracket.

“It was nerve racking, I didn’t expect much and I ended up placing seventh,” Crahan said. “It was a huge goal for me. I was bumping up a weight class so I thought it was hard to make (All-American). It was one of the bigger tournaments around and it didn’t feel just like another tournament, Fargo felt huge.”