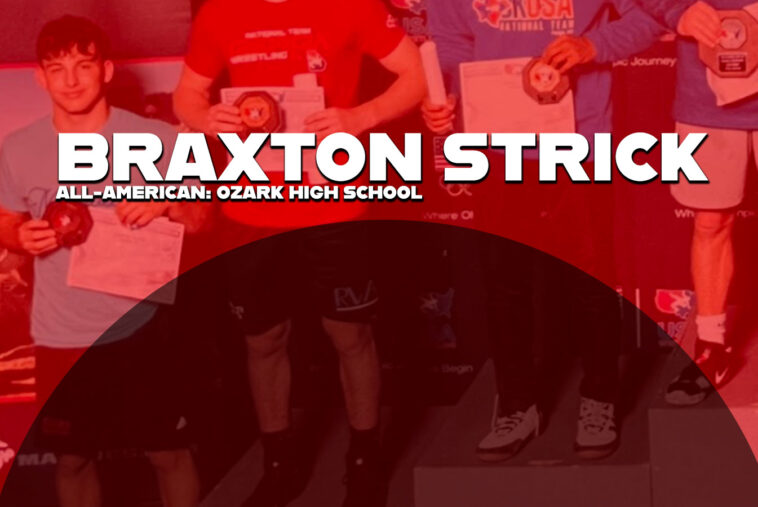 That competition fueled him to earn All-American honors in his first trip to the USMC 16U and Junior Nationals Tournament in July.

The Ozark product headed there with aspirations of earning a stop sign in both Greco-Roman and freestyle. He got on the podium in Greco, sparked by a less-than-satisfying showing in freestyle in Fargo, North Dakota.

“It is tough, especially with big brackets like that and almost everyone I’d run into was a stud,” said Strick, a junior this upcoming school year at the Central Ozark Conference school. “You just gotta be the better wrestler. I wanted to be All-American in both styles, but I got it in Greco, but I’m just hungry for more.”

First up was freestyle, where he went 4-2 but ended up losing by a pin against Oklahoma’s KJ Evans in the Round of 32. Evans scored two late points to take an 11-10 lead before getting the fall in the second period.