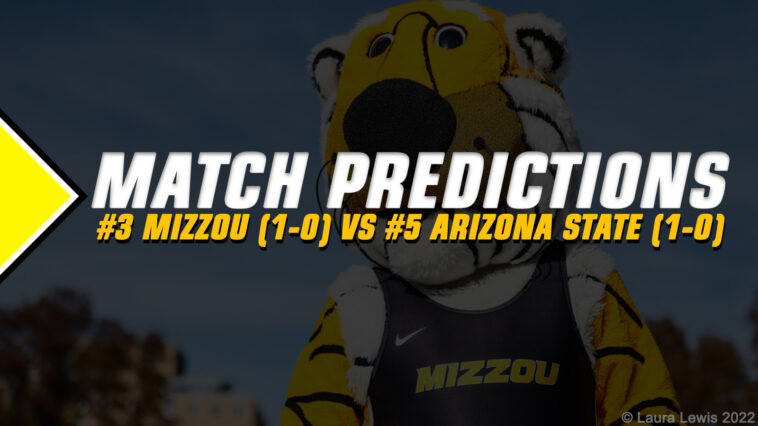 After a successful Tiger Style Invite, Mizzou travels to Tempe to take on a top five Arizona State team. Last year Mizzou won this dual 19-14, where both teams won five matches. Neither team has featured their typical starting lineup at this point in the season, but for Mizzou both Allan Hart and Rocky Elam are expected back. Arizona State is returning four All-Americans and brought in big names from the portal.

Even if their big guns don’t wrestle, they have a formidable backup at 125lbs. A dual like this being so early in the season will be interesting, as things like conditioning and weight management could still be playing a role. Look for Mizzou to try and make a statement as they take on a team that has won team trophies the past two years.

Surtin is coming off an upset loss to #13 Antonio Lorenzo (Cal Poly) and doesn’t get an easy match back, as he will either take on two-time AA Brandon Courtney or #2 overall recruit of 2021 Richie Figueroa. Last year Courtney beat Surtin 10-5 with three takedowns and nearfall. Courtney has serious speed and is hard to put in a bad position. But last year, Surtin had success moving him with his underhook.

Courtney hasn’t wrestled a match this season, but blue chip recruit Figueroa has done just fine in his place. He has wins over #15 Ryan Miller and #20 Dylan Shawver. Figueroa has a dynamic offense from neutral and can put a tough ride on top. Unless Surtin comes out looking to stay offensive for the whole three periods, I think this is a tough match for him.