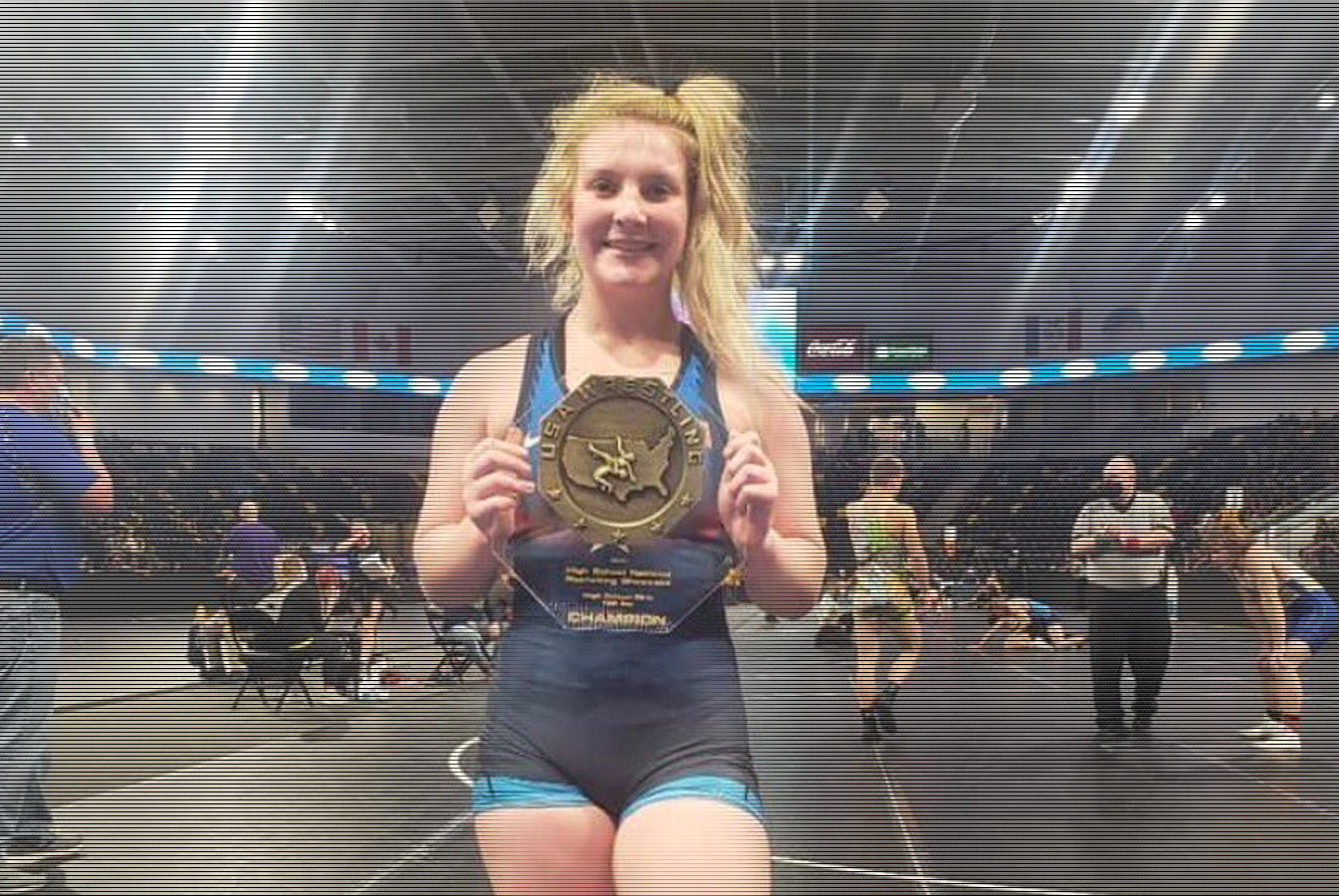 If you didn’t know Haley Ward’s name already from her two state title runs, then you need to learn it. 2x District Champ, Sectional Champ, 2x State Champ, this is the start that Haley Ward is off to in her high school career at Ft. Osage. While this is impressive in itself her dominance is what stands out to me, pinning her way through districts, sectionals, and every match at state except her final, which she won comfortably 6-2.

This dominance didn’t go anywhere once Ward stepped off the top of the podium in early March. This past weekend she competed in both the USAW HS National Recruiting Showcase and the USAW Girls Folkstyle Nationals tournaments. First was the recruiting showcase where Ward teched her first two opponents, one being a 2x state placer and state champion from Wisconsin. Her semifinals were no easy task either with a 2x Tennessee state champ waiting, Ward was up for the task winning in an 8-5 bout. Ward finished with a dominant 10-0 tech of the #1 seeded wrestler in the bracket.

As for Folkstyle Nationals Ward didn’t plan on slowing down. Pinning a Nevada state champ in the first round she then had a rematch of her quarterfinals from the Showcase! This time winning by MD 9-1. The semis were no less dominant for Ward as she pinned the Virginia state champ in under a minute. The final was where Ward was finally slowed, dominating the match once again, up 8-0 she was turned by the Nevada state champ in an arm bar and fell by pin.

Despite that final match, in which she was still majoring her opponent, Ward is still looking near unstoppable from start to finish in her high school career!