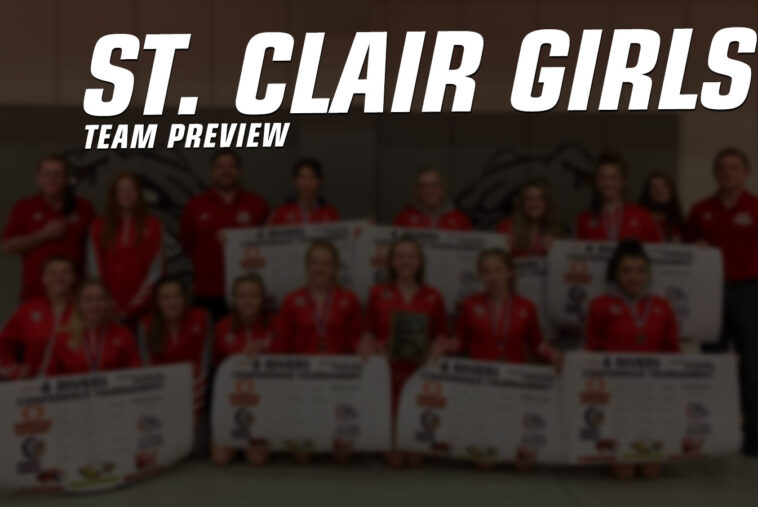 We currently have 15 girls on our roster We have a total number of 8 returning starters from our district lineup, 2 of which competed in the sectional tournament last year.

Our key returners are Summer Fangers Sr., Audrey Declue So., Hannah Thacker Jr., and Kaitlyn Janson Sr.,All four have the tools and capabilities necessary to go deep into the postseason this year.

Summer, who is entering her second year in our program made it to sectionals last year and compiled a record of 21-5 last year will look to continue to build on her success and help lead this team.

Audrey, who was sidelined last year mid season due to injury will also be looking to build on her success from last year. When she was sidelined she had a record of 13-3, with 9 of those winning by pinfall.

We look for Audrey to be at the state tournament this year competing for a medal. Hannah is the perfect example of what being mentally tough in wrestling is all about. It doesn’t matter who is across the line, she is going to wrestle her match and do whatever she can to come out on top. She has many come from behind wins because she never gives up and is always looking for scoring opportunities. If there’s still time on the clock, you better never count her out.

We expect Hannah to continue to build on that attitude and compete at state. Kaitlyn, who only missed out on the state tournament last year because of covid restrictions, placed fourth at sectionals, due to limited number of qualifiers only the top 3 moved on to the state tournament when previously it has been the top 4 move on.

Kaitlyn has the ability to wrestle her best matches on the biggest stages. She is always calm and focused when the most is on the line. We expect Kaitlyn to be in the hunt for a state medal this year. We have many newcomers and second year wrestlers who will make an impact this year.

Returners such as Andrea Penovich, Lili Vernon, Riley Ostendorf, Bonnie Kavanagh, and Liberty McKenzie will get a lot of mat time this year and we expect them to grow on the success that they had last year.

Our incomers who are a very athletic and talented class with a lot of potential include Janessa Avila, Jossie Hopkins, Peyton Dunn, Olivia Lowder, and Emilia Trucks.

We have many goals that we are aiming to achieve. We are looking to repeat as team conference champions and be in the mix for a district team trophy.

After finishing just out of a team trophy last year, finishing third, we believe it is within our grasps with our deep and talented roster.

We also have a goal of getting multiple girls to the state tournament and compete for medals and championships. If you are unaware, in girls wrestling there is only 1 classification. So, you are competing against the entire state all at the same time.

Making it to state is no easy feat but we believe these girls are ready for the challenge.