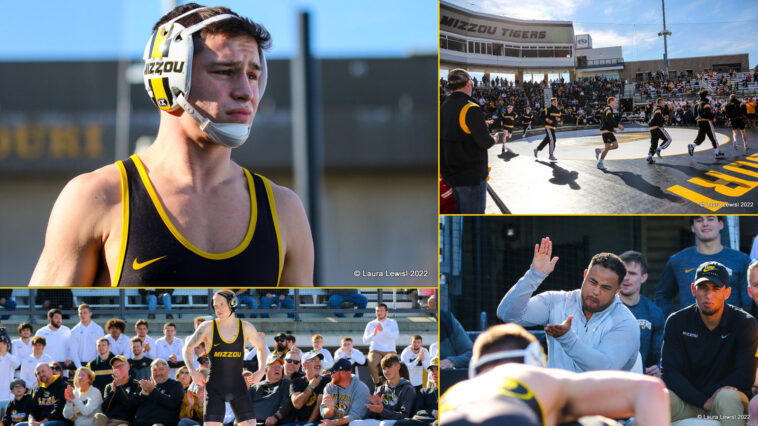 Mizzou and Lindenwood faced off for the first time as Division I opponents and the Tigers came out on top in dominant fashion. They scored six pins and three techs along their way to their first shutout since 2021. Lindenwood wrestled tough but there was sure to be an adjustment period initially. Gavin Londoff looked like he could get some upsets this season as he gave national champ O’Toole a tough match. Even with only one match going all seven minutes, there are still some takeaways from the dual for the Tigers.

Still no sign of two-time All-American Rocky Elam, but it’s still early. He’s been at both the Black and Gold and this dual but hasn’t competed yet this season.