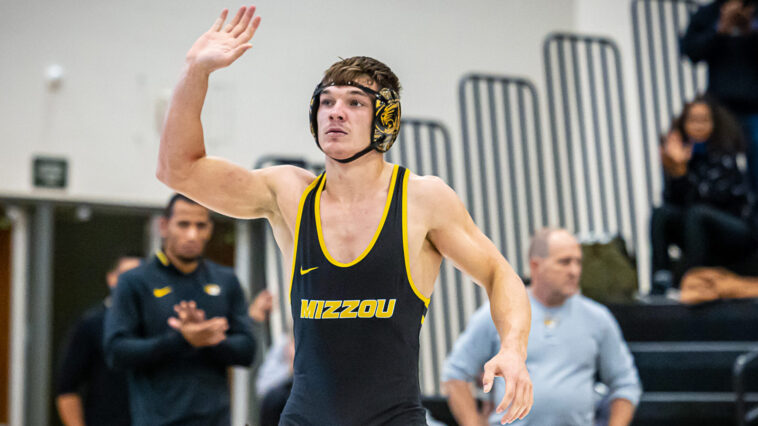 In Mizzou’s second dual of the season they took a hard fought loss to the Sun Devils, dropping six of ten matches. The Tigers were upset at three weights, which was too much for bonus from the upper weights to catch back up. Fans saw the return of Allan Hart and Rocky Elam after being out earlier this season, who had very different results. ASU had a stream set up for fans to watch, but it was extremely unreliable, so instead of trying to break down the limited amount I was able to watch, let’s focus on some takeaways.

While Rocky had two wins over Norfleet already, he has proven to be a tough opponent. Norfleet is a four-time Pac-12 champ and a four-time NCAA qualifier. Last year Rocky struggled to separate as much with a 4-2 decision. However, he looked great against him in this match. Rocky was aggressive throughout, scoring three takedowns and putting on a serious ride. With a big match against last year’s finalist #2 Jacob Warner coming up at the All-Star Classic, Rocky looks more than ready.

In a razor close match, I thought Hart’s ability on top would be able to break open the match and secure the win. Hart was up by one, with a riding time point locked….