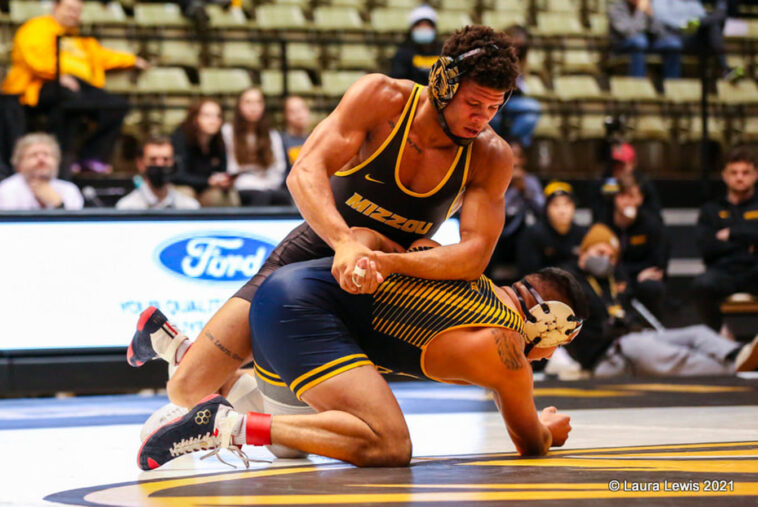 COLUMBIA, Mo. – Third-ranked Mizzou Wrestling is set to host Air Force on Military Appreciation Night at Hearnes Center on Friday, Nov. 19, at 7 p.m. CT. The dual will be streamed on ESPN+ with Beau Baehman and Matt Manley on the call.

Fans can purchase tickets to Friday’s dual and all single-dual tickets for the 2021-22 season online at MUTigers.com/TigerStyleTix or by calling 1-800-CAT-PAWS.

The Tigers come into their first-ever meeting with Air Force* after a successful opening week of the season, defeating Big 12 opponents North Dakota State and Northern Colorado by a combined 75-6. Mizzou’s 2-0 conference record puts the team in first place in the Big 12 entering the third week of the NCAA season.

Head coach Brian Smith will run out the same lineup for the third consecutive dual. Headlining the starters is 165-pound freshman Keegan O’Toole, whose two-fall performance against North Dakota State and Northern Colorado garnered Big 12 Wrestler of the Week honors.

*Air Force joined the Big 12 as an affiliate member in 2015 after leaving the Western Wrestling Conference.