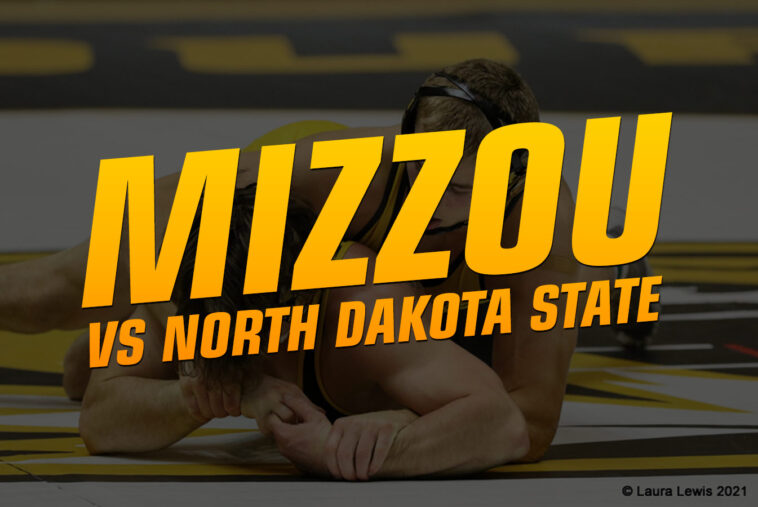 COLUMBIA, Mo. — No. 3 Mizzou Wrestling is set to begin its 2021-22 season with a road trip to Fargo, N.D., to face off against new conference foe North Dakota State on Thursday at 7 p.m. CT. The dual will not be televised.

Head coach Brian Smith returns a deep Tigers squad with all 10 of its NCAA qualifiers from the 2020-21 season. Eight of last year’s qualifiers will make the trip to Fargo, all of whom will begin the season ranked. Headlining the team are freshmen Rocky Elam and Keegan O’Toole at 197 pounds and 165 pounds, respectively.

The second-year freshmen duo burst onto the scene last season, being named All-Americans for their respective performances at the national tournament. Following the collegiate season, Elam and O’Toole competed for USA Wrestling at the U20 World Championships in Ufa, Russia, winning gold medals in the 92 kg and 74 kg classes, respectively.

Also taking to the mat Thursday night will be Columbia natives, junior Jarrett Jacques and redshirt sophomore Jeremiah Kent, at 157 pounds and 184 pounds, respectively. Both return after competing for their hometown team at the 2021 NCAA Championships. A fourth-year junior, Jacques will look to qualify for his fourth national tournament.

Breaking into the starting lineup for the first time since Mizzou’s dual against the Bison in January 2021 will be freshman Josh Edmond, wrestling at 149 pounds. The Detroit native went a perfect 10-0 during his first season at 141 pounds, including a win against ranked North Dakota State grappler Dylan Droegemueller.

Wrestling at 133 pounds, Trey Crawford will make his fourth start in a Tiger uniform. The second-year freshman went 4-4 during the 2021-22 season.

Mizzou will look to improve to 5-0 against the Bison under Smith. The perfect record is also the all-time series score.

*Rankings use the highest rank amongst FloWrestling, InterMat, and WIN Magazine polls.