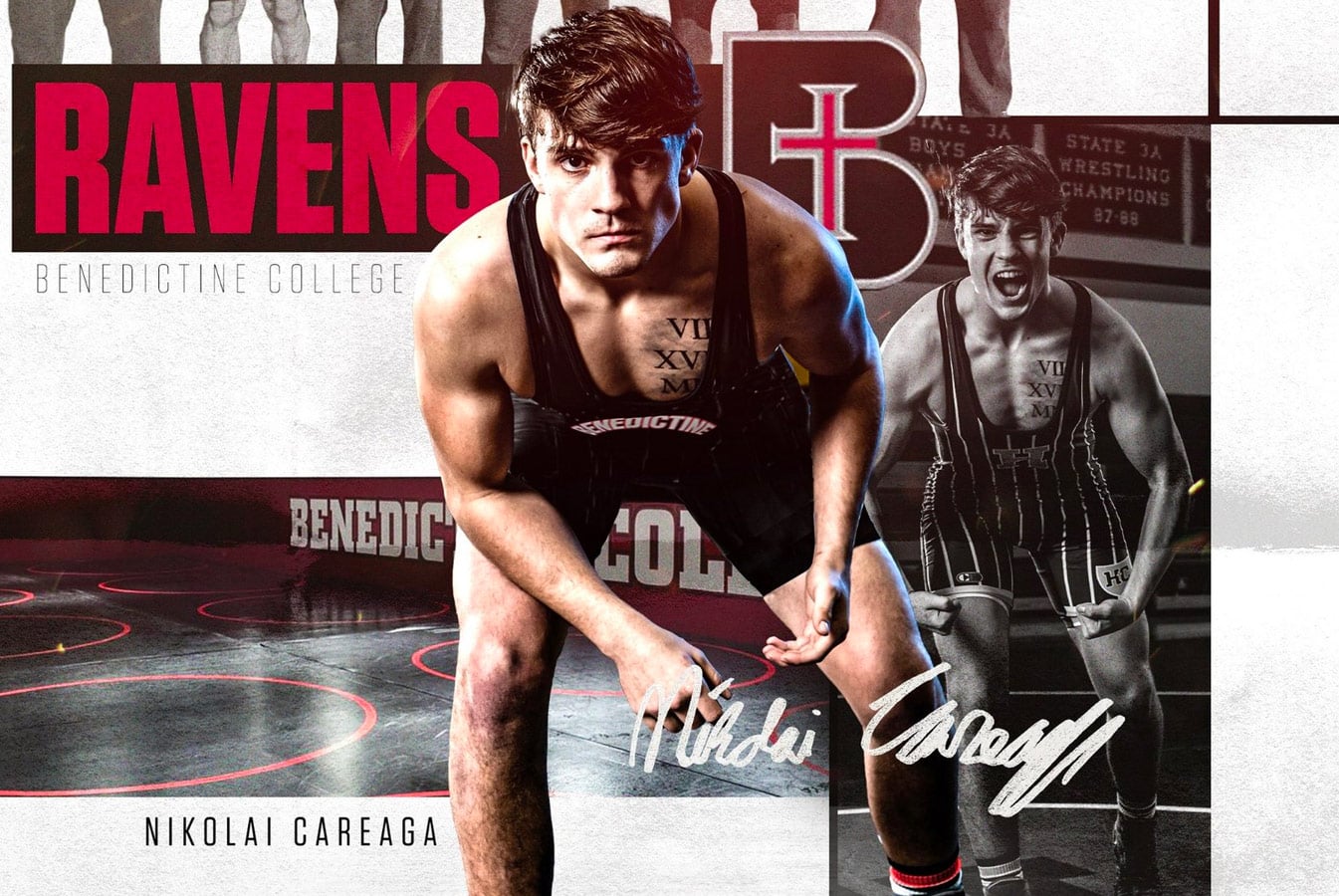 Finishing third in this year’s Missouri State Championships, Nikolai Careaga surely demanded some more attention from the nearby wrestling colleges and universities. The 33-7 senior only lost to the eventual state champion in the semis during his run in Independence.

Following this impressive performance Careaga has decided to announce his college decision. The Helias Catholic product has announced he will be continuing his academic and wrestling career at Benedictine College in Atchinson, Kansas.

He will be studying engineering during his time there and we wish him the best of luck on his journey!

Congratulations to team captain Nikolai Careaga who will be continuing his academic and athletic career at Benedictine College! He will be studying engineering while wrestling. #SaderStrong #oncearavenalwaysaraven@heliascatholic @BenedictineKS @TheFrontRowFilm @missouriwrestle pic.twitter.com/uhunj1AxB5