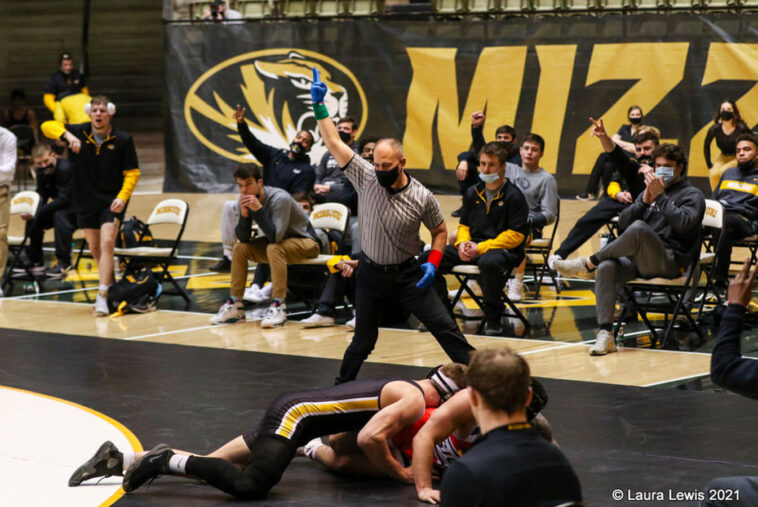 COLUMBIA, Mo. — Mizzou Wrestling will face off against 10 Big 12 Conference foes during the 2021-22 season in its return to the league as the Tigers revealed their schedule Wednesday. Head coach Brian Smith‘s squad will begin its season Oct. 26 with the annual Black and Gold Scrimmage inside the Hearnes Center. Fans can purchase season tickets today by visiting MUTigers.com/TigerStyleTix.

“We are returning an experienced team with wins under their belts at the NCAA Championships, but they have set some higher goals for this season,” Head coach Brian Smith said. “I know the team and staff are excited for the challenge the Big 12 brings. I know from talking with our fan base they are ready to come out to see us compete through our Big 12 schedule.”

The Tigers open up the season with a trip to Fargo, North Dakota for a Nov. 11 matchup against North Dakota State at 7 p.m. CT.

Three tournaments are on the regular-season schedule include the Lindenwood Open (Nov. 20), Journeyman Duals (Dec. 20-21) and the Southern Scuffle (Jan. 1-2).

The Big 12 Championship will take place in Tulsa, Oklahoma on March 5-6. Mizzou won its only Big 12 title in 2013, the Tigers final year in the league before its stint in the MAC. Detroit, Michigan will play host to the 2022 NCAA Championship from March 17-19. The Tigers will look to qualify wrestlers in all 10 weight classes in consecutive years for the first time since the 2011-12 and 2012-13 seasons.

Visit http://MUTigers.com for the latest information on all things Mizzou Wrestling. You can also find the Tigers on social media by liking us on Facebook (Mizzou Wrestling) and following us on Twitter and Instagram (@MizzouWrestling).