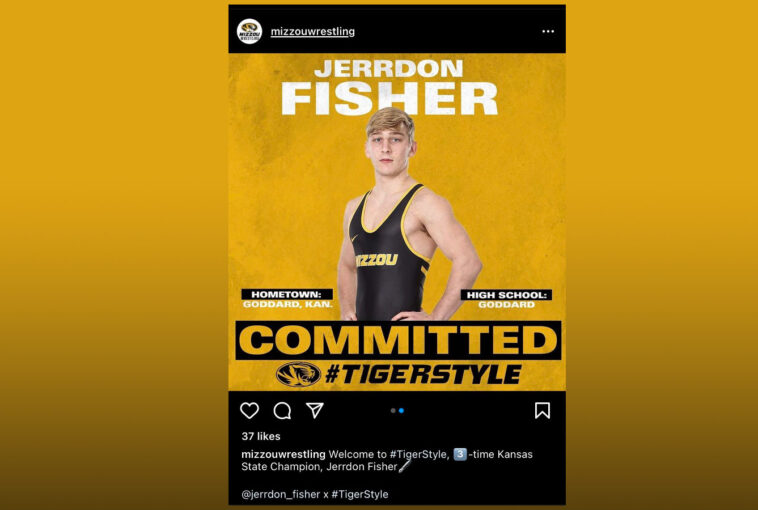 Mizzou added another state champ to their recruiting class in Jerrdon Fisher, a 3x state champ out of Goddard, Kansas.

Fisher placed 3rd his freshman year then won at 132lbs, 145lbs, and 152lbs. Fisher just bonused his way to his most recent title, winning by pin, pin, major, and a tech in the finals.
Fisher helped Goddard win its eighth straight 5A team title in 2022, topping the podium at 152 pounds.

His career record is 129-11, and only suffered one loss his most senior year. He joins Cordel Duhart, Seth Nitzel, and Duwayne Villalpando as Tigers from Kansas. This gives Mizzou 11 recruits overall, with eight on Matscouts Big Board.