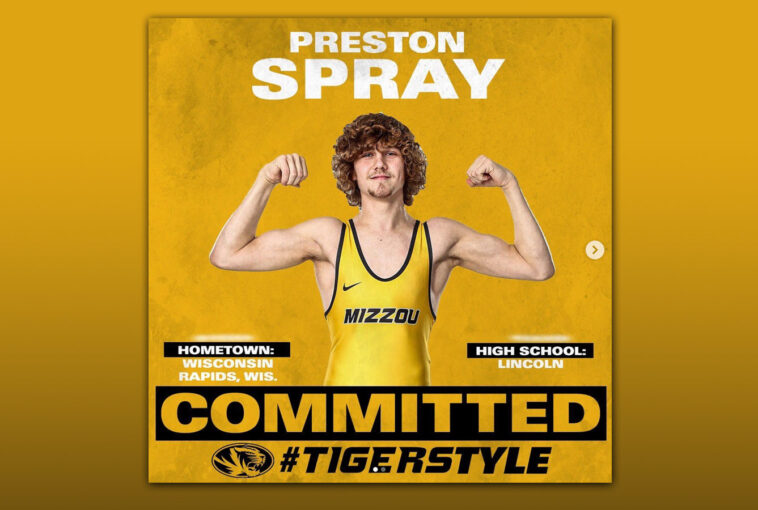 With twelve recruits incoming, this is Mizzou’s largest class since 2015. Eight of them are on MatScouts 2022 Big Board as well, making this a star studded class. Preston Spray joins Clayton Whiting as another recruit from Wisconsin. With another Askren Wrestling alum to Mizzou, the pipeline from Wisconsin continues to excel.

He has solid wins in his career as well including over 2021 state champ Ben Bast, 2x finalist Wyatt Skebba, 3x state placer Luke Dux. With Spray’s last title coming at 113lbs, he’ll have some growing to do, but likely projects as a future 125lber. He and Peyton Moore of Nixa will both provide good depth behind starter Noah Surtin.