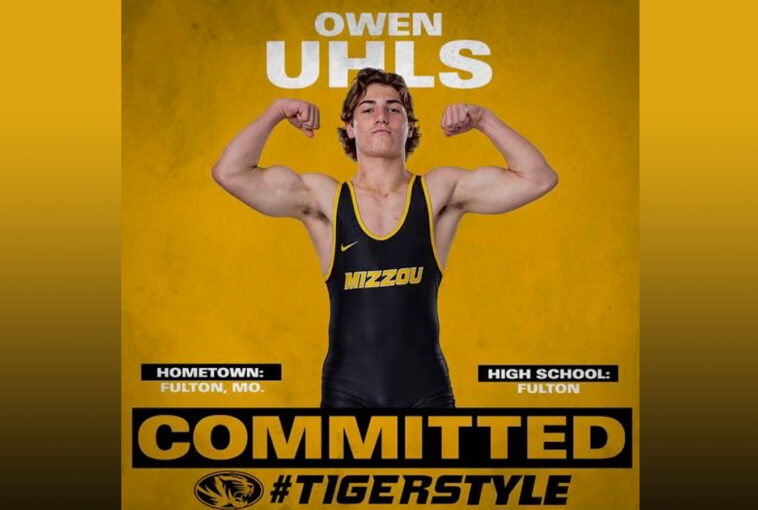 With twelve recruits incoming, this is Mizzou’s largest class since 2015. Eight of them are on MatScouts 2022 Big Board as well, making this a star studded class. One of them is Owen Uhls, who comes in at #221 on MatScouts Big Board. Uhls won 3 state titles while representing Fulton High School, and will be Mizzou’s first recruit from there since 2010.

Fulton’s Owen Uhls is a 3-time State Champion! The future Tiger Style ⁦@MizzouWrestling⁩ has been waiting one long year for this moment! Watch his celebration! ⁦@FPSActivities⁩ ⁦Thanks to our ⁦@OfficialKevRy⁩ for the video! pic.twitter.com/f3i8giZttC

Another Purler Wrestling product, Uhls has a career record of 190-8. He won titles at 106lbs, 113lbs, and 138lbs his senior year. As a junior he placed 3rd at 138lbs. Previously he has been a two-time preseason nationals All-American.

He has impressive wins in his career over Big Board #89 Braden Basile, #245 Cole Thomas, and now Minnesota wrestler Jager Eisch. Uhls is the #6 ranked senior out of Missouri. Uhls is projected as a 141lber and will have a chance to redshirt behind senior Allan Hart.