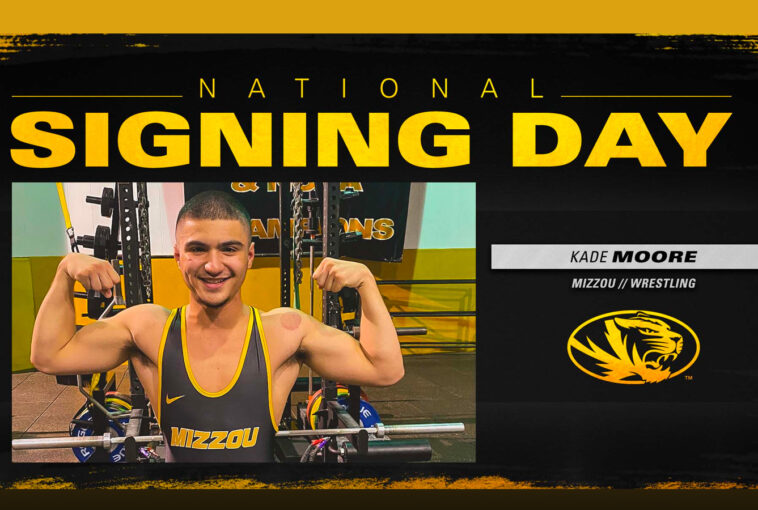 With twelve recruits incoming, this is Mizzou’s largest class since 2015. Eight of them are on MatScouts 2022 Big Board as well, making this a star studded class. Kade Moore will join Johnathan Wertz and Precious Essien as Texas recruits.

Moore wrestled for nationally ranked Allen High School and won back to back state titles his last two years at 126lbs and 138lbs respectively. He also made the finals as a freshman and placed third as a sophomore. In his most recent title run he bonused his way through the tournament, including a 0:38 second pin in the finals. His career record is 139-16 and he had an 80% bonus rate through the four tournaments.

While not wrestling nationally too often, Moore still racked up solid wins. He pinned 4x Missouri state champ Eli Ashcroft and 3x Kansas state champ Drew Bell. He’s on MatScouts Big Board at #129, and is the highest ranked recruit from Texas. Moore projects as a 133/141lber in college.