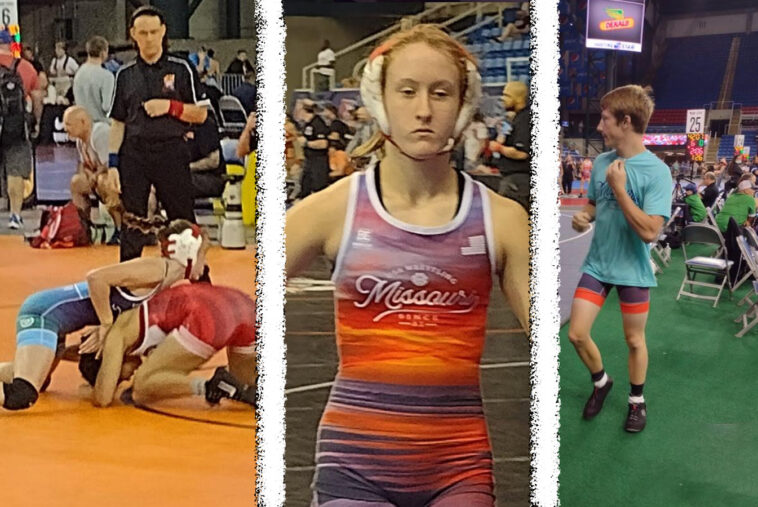 This is her first trip to Fargo and traveling with the Missouri National Team. With so many byes built into the earlier brackets, Katherine was slotted as the 7th match out of the gate on the Women’s side. Her first-round opponent hails from California, a state well known for its women’s wrestling. First-round didn’t start out well for Katherine as she gave up a quick step-out point. After that, it was all takedowns for the freshman from Missouri and she secured her victory of 4-1.

Katie’s second-round matchup was against another wrestling juggernaut state, Iowa. Katie scored first and often during the first period with the score being 5-0 at the intermission. Katie would score one more takedown to secure a 7-0 victory.