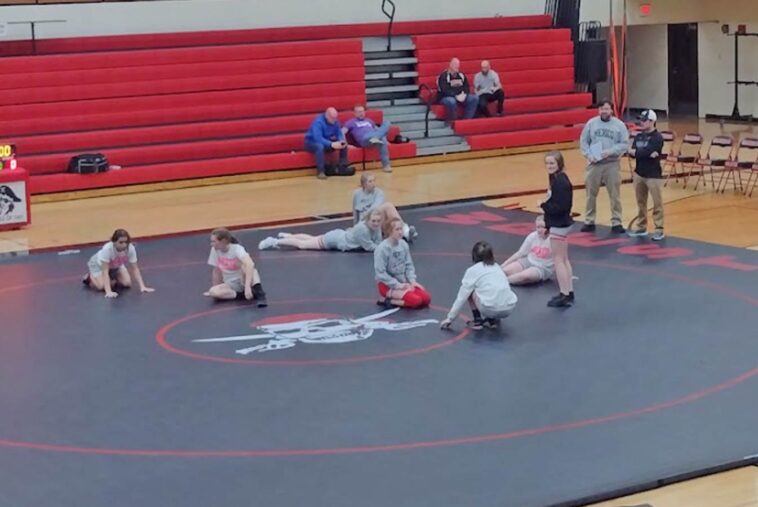 Coach Senor had set the bar high for the Lady Bulldogs this year and one of the goals was to win their first NCMC Conference Title.  They have already taken care of Marshall earlier this season in their dual matchup.  The other matchup of the evening was a last-minute addition, Palmyra.  Mexico wrestled Palmyra last year and depending upon the matchups, there will be some revenge matches in store.

Below are the results of the duals:

Kaylynn Pehle was looking to knock off some rust with her first match since the Wonder Woman Tournament.  It took her a little while to get going but she scored a few takedowns en route to her third-period pin.

Katherine Bowen earned victory number thirty on the season with her second-period pin vs. Hannibal.  She scored a few takedowns and nearfall scores before securing the fall.  She is currently in the top 25 in the state with the most pins (she currently has 21) this season and currently has the third most takedowns (50) this season according to track wrestling behind only Chloe Herrick of Harrisonville and Catherine Dutton of Springfield Central.

Freshman Matty Tolbert gave everything she had in her matchup with the senior from Palmyra.  Tolbert would lead most of the match but with a matter of seconds left, her opponent finished with a flurry and edged Tolbert 9-7.  This would be an interesting potential matchup if they see each other again at the District Tournament.