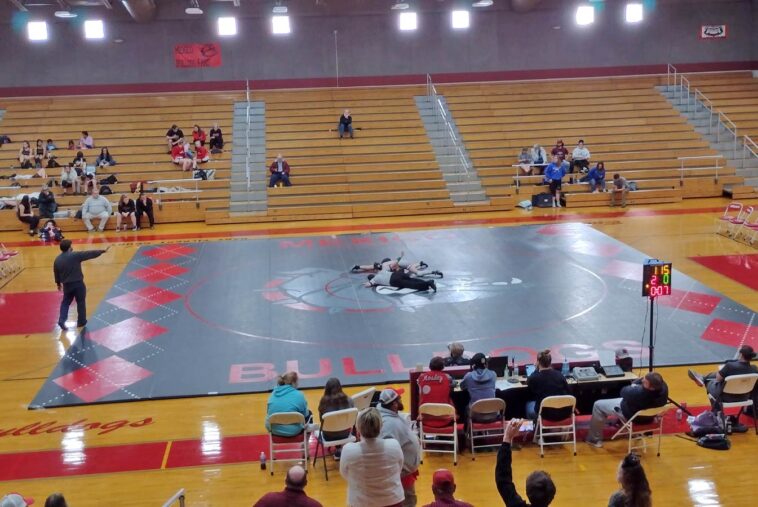 Hosting a home dual or even hosting a District Tournament, which Mexico did in their first year, is slightly different than hosting a regular-season tournament.  For one, in District tournaments, you’re assigned and conference matches at home are a given in alternating years.  But when starting a brand new event, you have to be able to attract and recruit teams.  Starting small is what Coach Senor had in mind and was able to get a few teams that are close by.  The following teams were scheduled according to trackwrestling.com, Camdenton, Capital City, Jefferson City, and Centralia.  Fulton was a last minute addition, which would bring the team total to six.

Below are the results of the duals that Mexico took part in:

Overall the Mexico Lady Bulldogs went 3-1 on the day to improve their season dual record to 13-4.  The following ladies went 4-0 on the day; Katherine Bowen, Alizabeth Welch, Kaylynn Pehle, and Shelby Shramek.

This was also Senior Recognition for the Mexico Lady Bulldogs and they took the time to honor the three senior wrestlers during the intermission.  Ivy Perez, Brett Iman, and Luisa Urbina along with their parents were honored with flowers and other gifts given to them by  the underclassmen wrestlers.

It will be another quick turnaround for the Mexico Lady Bulldogs as they are scheduled to travel to NCMC opponent, Moberly tomorrow.  Then they are off to St. Charles West for a triangular meet that will include NCMC rival Fulton.  They will close out their week with a trip to the Kansas City side of the state for the Liberty North Tournament.