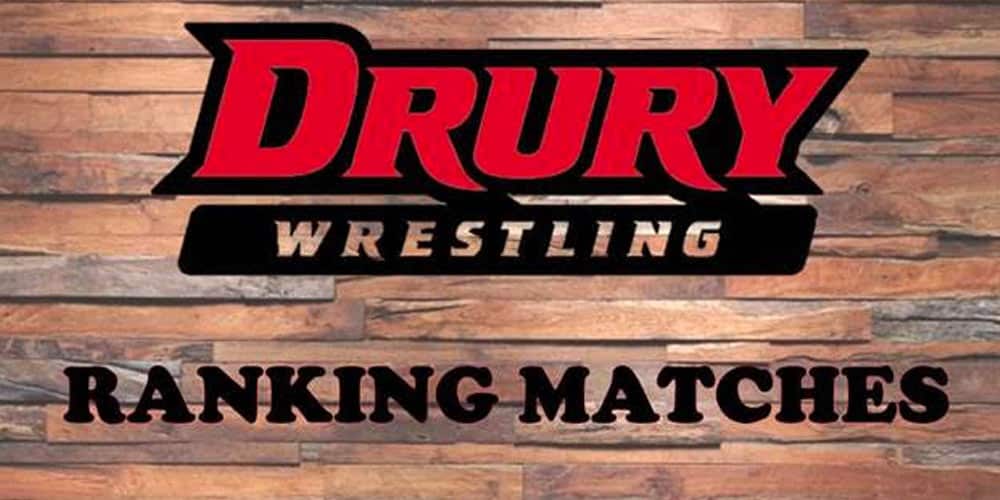 The moment that Drury wrestlers, coaches, fans and families have all been waiting for if finally, here. Panthers wrestlers will compete this opening weekend for the first time since February when the Panther squad wrestled at the NCAA DII Super Regional Championships.

First, before the much-anticipated matches in Arkansas the Panther squad need to establish a lineup.

Today, starting at 1:00 p.m. Drury will be streaming our ranking matches. There will be three rounds of wrestling. Some weight classes have more than two wrestlers and will require more matches to establish a starter and backups.

Here are the lineups for each round as it stands. Please keep in mind this is before actual weigh-ins so they are subject to change.

These matches will be streamed via Facebook Live with commentary with every round starting on time.